This remedy is derived from a small plant called as the Club moss.

This remedy is useful in nearly all cases where there is an evidence of urinary or digestive disturbance.

It is a useful remedy for failing digestive powers, where the function of the liver is seriously compromised.

It is useful in melancholy, where the male patient is afraid to be alone with loss of self-confidence. It suits men who are irritable and melancholic, avaricious and greedy, miserly, malicious, with a pale complexion; unhealthy skin, with deep furrows and such persons look older than they actually are.

This remedy also suits babies, who cry all day and who sleep well all night. It suits babies with a weak body, large head, who are emaciated, peevish and cross, who kick and scream all the time.

It suits female patients, who weep all day and cannot calm herself. Such subjects even cry when thanked.

It is useful to dissolve sty that are on the lids near the inner canthus.

It is useful whenever there is a yellow offensive discharge from the ear with humming and roaring associated with hardness of hearing.

ONE OF THE KEYNOTE SYMPTOMS OF THIS REMEDY IS THE FAN LIKE MOTION OF THE ALA NASI.

This remedy is useful in dyspepsia due to farinaceous or fermentable food such as, cabbage beans. This remedy suits persons who feel bloated in the abdomen after eating a little. 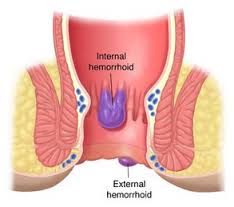 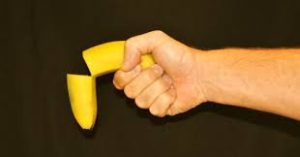 This remedy also suits male patients who have no erectable power, impotence, premature ejaculation and benign enlargement of the prostrate.

This remedy suits females who have varicose veins, prominent in the pudendal region with leucorrhoea.

This remedy also suits persons who have catarrh of the chest, when the chest seems to be full with rattling of mucous.

It is also useful in tearing pains in the shoulder and elbow joints.

This remedy is useful for the cramps in the calves and toes. It is also useful in chronic gout with chalky deposits in joints.

It is a useful remedy for the ulceration of the skin, in hives, in acne and in chronic eczema. It is also a useful remedy in persons to stop the premature graying of the hair.

This remedy suits persons who are worse on the right side and whose complaints shift from the right to the left.

This remedy suits persons who are worse from 4 to 8 pm.

This remedy also suits persons who are worse from the heat of the room and in hot air.

This remedy suits persons who are better from motion, after mid-night, from warm food and drinks, from getting cold or from becoming uncovered.
TIPS FROM THE MASTERS…

LYCOPODIUM is of value in Post-operative cases where over-distended with wind and cannot get relief, even early cases of Paralytic Ileus.
Dr. Boyd, F.R.F.P.S. etc.

LYCOPODIUM and LACHESIS can be used advantageously as the first remedy in Appendicitis and I have cured several cases with these two.
Dr. S. Philip Clements.

In girls, LYCOPODIUM is a great remedy for Amenorrhoea with non-development of the breasts. LYCOPODIUM develops the breasts in such girls and makes the course appear.
Dr. Leon Renard.

LYCOPODIUM is more useful for the unresolved Pneumonias and the dry, teasing cough in weak, emaciated boys. I have verified this several times and it is often accompanied by such mental symptoms as irritability on waking, ugly, kicking and screaming.
Dr. William B. Griggs, M.D.

Dr Teste commends LYCOPODIUM strongly in the constipation sometimes so obstinate, of young children. He also praises it in a very different condition of the bowels, viz, that most dangerous enteritis which is set up in infants by the ingestion of food, which they cannot digest. I have more than once verified this recommendation.
Dr. Hughes, L.R.C.P.

LYCOPODIUM is a great remedy in duodenal ulcer, with heartburn, eructation’s and pain or pressure in the epigastrium or right hypochondrium. It can be used most successfully alternating with a bowel nosode Dysentery Co. But, be careful of using LYCOPODIUM in potencies much higher than the 12C in a case of severe pain, or you may precipitate a perforation.
Dr. H. W. Boyd, F.R.F.P.S., F.F.Hom. (Lon).

I am myself very fond of LYCOPODIUM in cases of suspected phthisis in young men, where yet there is no evidence of tubercular deposit.
Dr. Hering, M.D.

After an attack of Influenza, the intellectual sequel calls for LYCOPODIUM, while the neurotic ones call for SCUTELLARIA and the long lasting weakness and chilliness call for CHINA.

LYCOPODIUM has proved of positive value in Malnutrition due to chronic dyspepsia, Rickets and the results of incompletely cured acute infections.
Dr. William B. Griggs, M.D.

LYCOPODIUM has been found of value in Post-Diphtheritic paralysis of the soft palate with regurgitation of fluids from the nose.
Dr. D. M. Gibson, F.R.C.S., M.F. Hom (Lond).
LYCOPODIUM is a master remedy for infantile eczema.
Dr. Leon Renard.

Loosevelt said that a half open condition of the eyes during sleep pointed to LYCOPODIUM.
Dr. Sidwick.

LYCOPODIUM is particularly adapted to the treatment of cirrhosis of the liver.
Dr. Boher.

LYCOPODIUM is especially indicated and effective in patients from families where liver affections of any type appear to be inherited.
Dr. Med H. Zulla. 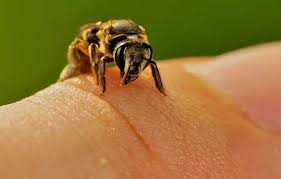 Bee venom therapy is also called as APITHERAPY.  Man has known the medicinal use of honeybee products since ancient times.  Honeybee products have been found useful in treating arthritis, degenerative diseases and many inflammatory conditions.

Honeybee venom contains at least 18 active substances. Melittin is the most potent ant-inflammatory agents known. It is 100 times more potent than Hydrocortisol.  Adolapin is another strong anti-inflammatory substance, which inhibits Cyclooxygenase activity and thus exhibits an analgesic effect. Other substances include, hyaluronidase, Compound X, Phospholipase, A2, Histamine and Mast Cell Degranulating Protein, Neurotransmitter like Dopamine, Nor adrenaline and Serotinin.

It is useful in a number of conditions such as,

Bee venom therapy can be performed by a beekeeper and the patient can be taught to use the bees. The bee is taken out of a hive and the number of sites, where the patient is to be stung is determined beforehand and it depends on the condition that the patient is suffering from. A simple tendonitis may respond with a few stings. A chronic arthritis may require 2 to 3 stings for about 3 months, before a favorable result is obtained.  Patient with Multiple Sclerosis take many months before they respond.

The Side effects of the treatment are

Many physicians are using Bee venom therapy. They do this by obtaining the venom in sterilized vials and inject it under the skin, sometimes after mixing it with a local anesthetic agent to prevent the pain that accompanies the sting.  It is better to administer this in a clinical setting, where the doctor has measures to counter the severe allergic reactions that sometimes occur. 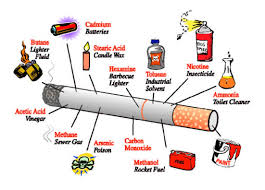 THIS REMEDY IS USEFUL TO COMBAT THE BAD EFFECTS TOBACCO, ALCOHOL AND TEA.

This remedy is derived from the Indian tobacco.

It suits persons who are allergic to tobacco.

It also combats the bad effects of alcohol, tea and tobacco.

It is useful in ailments with deathly nausea. 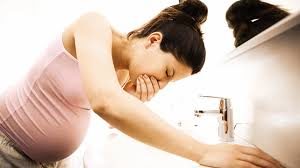 It is useful in nausea in pregnancy.

It is useful in asthma, which is spasmodic with dyspnoea and suffocation and oppression of the chest. 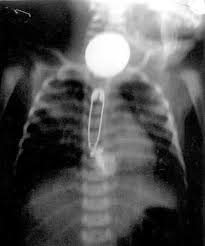 It is useful removing foreign bodies in the esophagus and the larynx.

It also removes poisons lodged in the stomach by inducing vomiting. 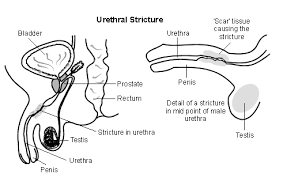 It is useful in gonorrheal strictures.

It aids the easy delivery of the fetus by dilating the rigid Os cervix. 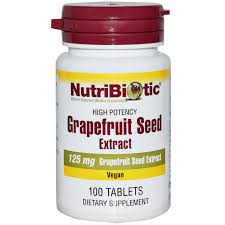 Grapefruit Seed has antibiotic, anti-septic, disinfectant properties and is also used as a preservative in food and cosmetics. 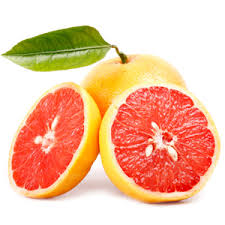 The Grapefruit seed extract (GSE) owes its existence to Dr. Jacob Harish, who was a physicist.  World War II forced him to abandon his studies and become a fighter pilot. Just after the war Dr. Jacob Harish was breakfasting on Grape fruit, which was a rare treat in France.  While he savored the sweetness of the fruit, he was intrigued by its bitter taste of the seed and wondered if it had any medicinal properties.

It took years of perseverance on Dr. Jacob’s part to study this fruit. More herbal, plant and fruits should be investigated for anti-microbial properties.  After the war, he migrated to the US and took a medical degree and did research on Grapefruit Seed Extract and found it useful.

Grapefruit extract is non-toxic, environmentally safe and quickly biodegradable and it is inexpensive. Dr. Harish was honored for his pioneering work and was invited to Europe, as a guest of honor at the Pasteur Institute of France, which is Europe’s leading AIDS research center.   For years, this Institute has been researching the potential of GSE, as a prophylactic against the HIV virus, as well as against the secondary infections associated with AIDS.  The farmers of Europe now use a powdered form of GSE, in fish and poultry feed to fight pathogenically lethal bacteria, such as Salmonella and E Coli.

The uses of Grapefruit Seed Extract:

Research into the flora and fauna has become very important because we are living in an era of bacterial resistance to antibiotics and a tremendous and frightful resurgence of killer viruses like Hepatitis and AIDS.   Perhaps, the answer to infectious diseases lies in cheap Holistic Alternatives such as the humble Grape fruit Seed Extract and many other unknown plants and fruits.