This remedy is specially indicated in infancy and old age.

It is used in mentally deficient children. These children may be dwarfish and do not grow or develop, but have a protruding abdomen.

It is also a useful remedy for bashful youth, who have no confidence in them.

It is a remedy of choice for loss of memory in the aged where the tissues are collapsing or degenerating.

It is useful in aneurysms, ruptures of blood vessels, and apoplexy in old persons with degenerative changes.

It is useful in persons who have paralysis of the tongue with dribbling of the saliva in the sleep. 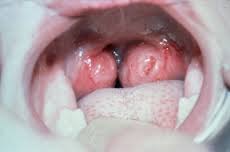 It is a great remedy for enlarged tonsils and when used over a period of time will prevent a tonsillectomy. It is considered to be a constitutional remedy for preventing Quinsy.

It is useful for paralysis of the tongue in elderly patients.

It is useful for un-descended testes in young boys.

It is also a useful remedy for males with constant seminal emissions that are debilitating.

It is useful for those persons in old age, who prefer to lie down all the time or lean against something.

It is also a useful remedy for spasms of the esophagus of unknown cause and the patient chokes as soon as he has food.

Baryta carb is a useful remedy for high blood pressure.

Baryta carb and Baryta Muriatica seem to relieve the symptoms of Pulmonary Arteriosclerosis.

It is frequently claimed that inflammation of the parotid gland, when it affects the ears, causes permanent deafness. These cases of inflamed parotid gland where the ear becomes involved can hardly get well without the administration of Baryta Carb.

Take a dozen cases of Quinsy. All seem to have the same symptoms locally; “extreme pain while swallowing, one sided swelling and inflammation about the tonsil, pain often extending to the ear”, mental symptoms may differ, but without further analysis, the great majority of them will recover promptly following a dose of HEPAR SULF 2C IN WATER, 3 doses at two hour intervals of BARYTA CARB may often be needed.

In very old people, we find a sensitive skin, which itches intolerably but there is no eruption (senile pruritis). Baryta Carb is one of the principal remedies to be thought of in these conditions.

From the allopathic viewpoint, I find this remedy extremely useful in children with enlarged tonsils and even Quinsy’s’ (Peri-tonsillar abscesses) can be averted. It also seems to be useful in the elderly with age related changes.