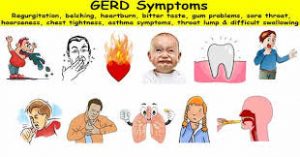 Nobody knows how terrible GERD can be more than I.  In the year 1979 as a medical student, I was obese, eating junk food, drinking endless cups of coffee, smoking often and having weekend binges of alcohol. In addition there was the stress and pressure of studies for the final year medical student. We were always stressed out, short of sleep and in a bad physical shape.

I had this one coming. For several weeks, I was popping antacids and drinking cold milk and eating butter to quell the sharp pain of acid reflux. One night out of the blue, after a rather heavy meal, I got a severe chest pain and shortness of breath and intense burning in my throat. It is said that half knowledge is bad. I feared the worst. I thought that I had suffered a heart attack.  I was immediately rushed to our hospital and put into the ICU.

Tests revealed that my heart was normal and I was sedated, put on antacids and anti-spasmodic agents. I had to be put on a Ryle’s tube feeding of cold milk for three days. In those days, this was the standard treatment and it was called as the Sippy’s treatment for Acid-peptic disease or GERD.

The experience left me shaken. I was chastised and much wiser and I started on a  Yoga, Ayurvedic regimen. I gave up coffee, cigarettes and alcohol.. This experience definitely made me more health conscious and I embarked on my first steps of a long and rewarding journey towards holistic health. My professor’s words still ring in my ears – He said. ”Raj if you want to be healthy in your life, AVOID EXCESSIVE HURRY, WORRY AND CURRY”.

Acid reflux is also known as GERD or Gastro-esophageal reflux disease.  Acid reflux can be an excruciating illness and if left untreated it can outcome in damage to the esophagus and larynx (voice box) leading to crucial complications. When you eat food, it passes down your throat and through your esophagus – a tube that transports food from your throat to your stomach. A muscle termed the lower esophageal sphincter dominates the opening between the esophagus and the stomach, and remains firmly closed except when you swallow food. When this muscle fails to close, the acid-containing contents of the stomach can travel back into the esophagus. This backward movement is called reflux which if persisted causes ulcers in the lining of the esophagus, leading to pain and various other symptoms.

Statistics on the frequency of heartburn and GERD differ greatly. In accordance with some approximations, 7% of Americans have heartburn everyday and 14% suffer it at least once every week. Alternative estimates suggest that GERD affects about 20% of the adult American population, mostly those in their forties or older. But, GERD can affect people of all ages, including infants and children. 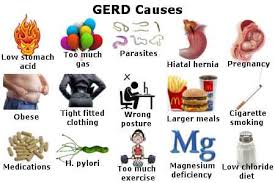 It is very important for patients experiencing the above symptoms to see their doctor because untreated GERD can result in serious complications such as; esophagitis, strictures, esophageal bleeding and ulcers, Barrett’s esophagus, and an increased risk of esophageal cancer.

Some methods to reduce GERD symptoms

Don’t go to bed after eating.

Take time to eat.
Do not eat hastily or while watching TV or reading a newspaper at the same time.  Try practicing mindfulness while eating. Eliminate all distractions and savor, rather than inhale, your food. Pay full attention to what the food looks like on your plate, how it smells, how it tastes.  Chew slowly and chew the food many times before swallowing it. In short enjoy your meal. 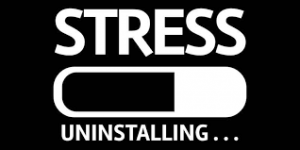 A survey by the National Heartburn Alliance revealed that 58 percent of frequent heartburn sufferers identify a hectic lifestyle as a factor that contributes to their heartburn and 52 percent say work-related stress makes their symptoms worse.

We do know that stress can disrupt our normal routines and make us do things, like eat the wrong foods, smoke, drink coffee or alcohol that may trigger heartburn.

Stress also slows down the emptying of the stomach, which may increase the likelihood of heartburn.

Here are some natural methods that may help to manage stress:

Nicotine, an ingredient in cigarettes, can weaken the lower esophageal sphincter, a band of muscle at the end of the esophagus that closes off the esophagus and prevents the acidic stomach contents from entering the esophagus.