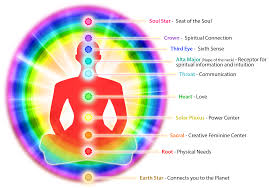 The ‘Aura’ is regarded by mystics and psychics as the energy field surrounding the human body and it is described as an oval cloud of light radiating different colors, white, orange and the aura of the person is said to change with the emotional moods or disease states of the person.

In Holistic medicine, it is believed that the Vital force is not enclosed in man but radiates round him like a luminous sphere.  Aura has been noted in history, as a sign of Spirituality.  Jesus, Moses, and several saints were said to radiate a bright light or a halo.  Paracelsus the famous alchemist was aware of the aura as a guide to the inner well being of man.   Even Theosophists like Leadbeater have believed that there are three bodies in man on the ethereal plane; namely the astral, the mental and the causal. 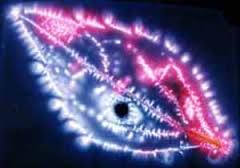 A British scientist, Walter J. Kilner in the 1920’s, first studied the aura and he developed a special type of glass called as the Kilner screen, which enabled non-psychics to perceive the aura.  More recently there have been the development of Kirlian photography techniques and these spectacular photographs allow us to see the energy fields surrounding all living beings including human beings.

Aura analysis has been clubbed with other forms of Holistic healing like; Pranic healing and Reiki and it is possible to study the primary disorder in the Vital force and it can also be used as a modality to study if the patient has improved or deteriorated after a particular ailment.