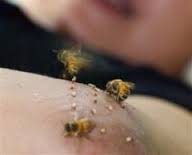 Since 15,000 years, man has been using honey. This has been possible because bees have been visiting flowers by the millions. It .is estimated that that one kilo of honey is produced after bees visit 5-7 million flowers. Bees utilize their glands to produce enzymes, which convert nectar into honey. The end result is a well-preserved, bacteria-destroying, easily digestible, readily energized food.

It is also known that bees can sting badly. The much feared bee sting has a lot of therapeutic value. Bee venom therapy is also called as APITHERAPY. Man has known the medicinal use of honeybee products since ancient times. This is a very remarkable experimental therapy that is useful for humans and does not cause cruelty or death to these precious insects.

Honeybee venom contains at least 18 active substances.
• Melittin is an anti-inflammatory agent, which is 100 times more potent than Hydrocortisol.
• Adolapin is another strong anti-inflammatory substance, which inhibits Cyclooxygenase activity and thus exhibits an analgesic effect.
• Other substances include, hyaluronidase, Compound X, Phospholipase, A2, Histamine and Mast Cell Degranulating Protein, Neurotransmitter like Dopamine, Nor adrenaline and Serotinin.

Research using Bee venom:
• Patients suffering from phlebitis and thrombophlebitis improved in terms of increased skin temperature and better blood circulation in their limbs.
• Good results were shown in all the sciatica cases.
• When combined with an oral therapy, such as vitamin therapy, good analgesic effects were obtained in cortisone-dependent patients suffering from rheumatoid, polyarthritis. The bee venom is applied for 4 –5 days, followed by a 2 – 3 day break. Treatment is then re-commenced again. Using this method no adverse effects were reported.
• Applying the venom as an ointment topically provided a long-lasting effect and offers significant benefits in arthritic and rheumatic conditions.
• Bee venom therapy was found to be useful in acute and chronic injuries, bursitis, tendonitis and chronic neck pains
• It is useful in dissolving scar tissues and keloids.
• It is useful in Multiple Sclerosis, where its mechanism of action is poorly understood.

Bee venom therapy can be performed by a beekeeper and the patient can be taught to use the bees. The bee is taken out of a hive and the number of sites, where the patient is to be stung is determined beforehand and it depends on the condition that the patient is suffering from. A simple tendonitis may respond with a few stings. A chronic arthritis may require 2 to 3 stings for about 3 months, before a favorable result is obtained. Patients with Multiple Sclerosis take many months before they respond. Bee venom is also extracted in sterilized vials and doctors mix anesthetic agents and to prevent the pain of the sting. 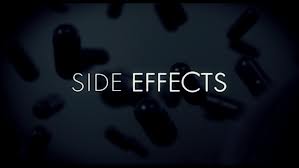 • Inflammation
• Itching
• Rarely a severe life threatening choking may result because of an anaphylactic reaction.

Bee venom therapy is an interesting alternative therapy, which has important uses. It has generated a lot of interest among medical researchers because it shows promise in refractory disease. This therapy is an example of man using nature’s resources for his benefit, without exhibiting cruelty to the bees.