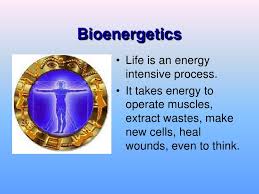 Dr. Wilhelm Reich (1897-1957) is the father of using Bio-energy as a therapy. Dr. Reich believed that Bio-energy travels throughout the body and would become trapped in muscles and harden them, whenever emotions were repressed. Such a blockage of energy also destroyed the natural feelings and inhibited sexual responses.

Dr. Reich discovered during his research that loosening chronically rigid muscles resulted in physical sensations such as, pricking; itching and emotional arousal and he came to regard these sensations as reflecting the movement of bio-energy of the body.

Grounding which concentrates on the stance of the patient with the feet on the ground and energy flowing freely in a circuit which reinforces a positive link with the earth.

Breathing: Here regular breathing patterns are established so that the sensory awareness increases and the feeling of being alive are enhanced.

The School of Biodynamic Psychology:

Dr. Gerda Boyesen pays special attention to the interplay between the mind and body processes. Her approach uses massage and bodily movement techniques and works on the premise that a neurotic person embodies his neurosis in physiological processes.

Bioenergetics is a Holistic therapy, which seeks to release defense structures that we have evolved to cope up with everyday stress and help us experience a sense of well being and pleasure.