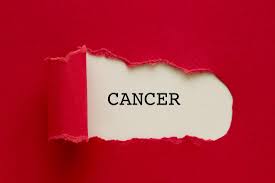 A total of 1,444,920 new cancer cases and 559,650 deaths for cancers are projected to occur in the United States in 2007.  Cancer still accounts for more deaths than heart disease in persons under age 85 years.  From a total of 58 million deaths worldwide in 2005, cancer accounts for 7.6 million (or 13%) of all deaths. The main types of cancer leading to overall cancer mortality are:

Deaths from cancer in the world are projected to continue rising, with an estimated 9 million people dying from cancer in 2015 and 11.4 million dying in 2030.

A celebrity who conquered cancer:

Melissa Etheridge, one of the most recognizable and popular was diagnosed with breast cancer in October 2004 at age 43.  She underwent chemotherapy and a lumpectomy and is on the road to recovery. Melissa actually attended a Grammy award ceremony with her beautiful baldhead.   Melissa said in Organic Style magazine, “People said I was courageous because I went on the Grammy’s with no hair. For me, it was just the best decision…I didn’t see it as an act of courage.”

Since the cancer diagnosis Melissa Etheridge has made some major changes in her life. She was quoted in Organic Style as saying, “When I was told I had breast cancer last October at 43, I began to change from the very second I got the diagnosis. I started listening to my body, and I became more aware of everything. With cancer, you start looking at your whole life and cutting the dark things out of it. I often say that cancer is a gift in that way.”

Melissa also reports that she loves yoga now and does it every day. And she watches what she eats, but she doesn’t use food to reward or deny herself anymore.

Having cancer does not necessarily mean that it is a death sentence. Although the incidence of cancer has been increasing, it is possible to prevent cancer and even fight it off successfully. 40% of the all cancers can be prevented by a healthy diet, which could be more vegetarian or vegan. The studies also highlight the importance of exercise in our lives and avoidance of tobacco in all its forms.