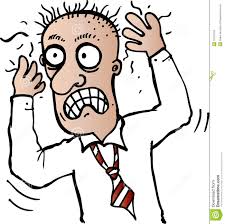 THIS REMEDY SUITS IRRITABLE BUSINESSMEN WHO ARE UNDER CONSTANT STRESS.

It is frequently the first remedy indicated after much overdosing of allopathic medication and it helps establishing a kind of equilibrium of forces and counteracts the deleterious effects of many remedies.

It is a useful remedy for the modern day stress.  It suits persons with sedentary habits, who undergo mental exertion, loss of sleep, are anxious and full of worries.

It is typically indicated when the subject is thin, spare, quick, active, nervous and irritable, offended even by harmless words with an inclination to commit suicide, but is afraid to die.

This remedy suits persons who are excited or angered easily and cannot bear contradiction.

It suits subjects who drink a lot of coffee, wine, tobacco, spicy food, after eating in excess.

It also suits subjects, who are fond of rich and stimulating food.  It also suits persons who have a tendency to faint from odors

It suits dyspeptic subjects who have an irritable temper.

It is useful in subjects, who have a headache in the occipital region, and are worse in the morning after mental exertion, ingestion of tobacco, alcohol and coffee.

It suits subjects whose nose is stuffed up in the night and who suffer from a stuffed up cold, which is worse from exposure to dry cold atmosphere.  It is useful in fluent daytime cold with a stuffed up nose in the night.

This remedy is useful in infants who have a cold, which stuffs their nose.

It is useful in flatulence with colic causing an upward pressure and a shortness of breath and desire for stool.

It is a useful remedy for removing the bad effects of sexual excesses and constrictive pain in the testicles due to an inflammation of the testicles (orchitis).

It is useful in subjects, who cannot sleep after 3 a.m. till the morning. It also suits such subjects, who awaken with a wretched feeling, and are drowsy after meals and better after a short nap.

It suits subjects who are worse in the morning from mental exertion, after eating, touch, spices, stimulants, narcotics, dry weather.

It suits persons who are better after a refreshing nap, evening, while at rest and in damp and wet weather.

I think for the ordinary acute attack of indigestion due to an indiscretion of diet, NUX VOMICA is almost a specific especially if the indication has been particularly marked.

NUX VOMICA is almost a specific in influenza if given early it averts the disease.

NUX VOMICA is often indicated in cough and diarrhea after previous use of so-called cough mixtures, all of which most generally contain opiates.

In sleeplessness of hypochondriac irritable patients troubled with vertigo and easily fatigued with mental exercise, NUX VOMICA is of great value; it quiets the nervous system and produces sleep.

When you don’t know what to give, give NUX VOMICA.