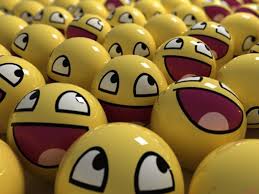 Laughter is an infective phenomenon and among all the 84 lakh creations of God, only man is endowed with the faculty of laughter.  In fact, man is the only animal that ‘laughs and weeps’. 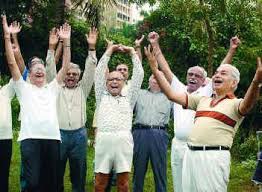 Many laughter clubs have sprung up in Mumbai, where senior citizens gather in parks and bellow their guts out.  Many people snigger at these practices, but laughter is definitely associated with good health. 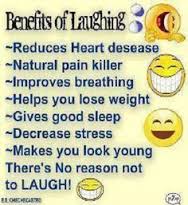 The Perspective from Indian Spirituality:

The Vedic view is that every person is made up of five sheaths, which cover the soul and they are;

It is believed that the purpose of existence is for joy and all Indian Spiritual masters encourage laughter and positive thoughts and extort the neophytes to dump their sorrows and negativity into the graveyard, before plunging into a Spiritual way of life.

Studies at Stanford University by Dr. William Fry have revealed that laughing 100 times a day is as good as jogging or exercising briskly for ten minutes.

It is not yet very clear, as to how laughter helps the body.  But as we grow older we laugh less.  A 6-year old child laughs about 250 to 300 times a day and an average adult laughs about 40 times per day and the serious and glum persons laugh less than 5 times a day.