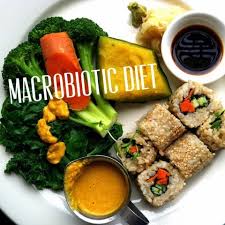 Macrobiotic diet is a Chinese philosophy, which is a nutritional attempt to balance the “Complementary Opposites”, Yin and Yang. The Chinese believed that these two must be kept in harmony to achieve optimum health.  Yin is said to be expansive, cold, wet, slow, passive, sweet, loose and dark.  Yang is said to be contractile, hot, dry, salty, tight and light.

How the treatments are done: 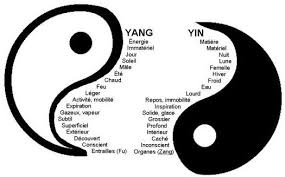 The oriental diet is essentially low in fats and emphasizes the need for whole grains and vegetables and restricts fluids.   The Macrobiotic diet lays emphasis on consuming a fresh diet, without processed foods.  The most balanced food in the yin/yang continuum, are brown rice and whole grains and these constitute the foundation of the Macrobiotic diet.  The patients are put on a particular macrobiotic diet depending on their diet needs and temperament.  The diets consist of:

Vegetables to be eaten occasionally include, celery, lettuce, mushrooms and string beans.

Vegetables to be avoided include potatoes, tomatoes, eggplant, peppers, asparagus, beetroot and avocado.

5 to 10% beans and soy-based products are allowed. This includes tofu (soy bean curd), agar-agar, which is a seaweed and Irish moss.

Soups, which are permitted, include, Soups made from Soya bean paste, vegetable soups and bean.

Occasional treats like seeds, nuts, fruits and fish are allowed thrice a week.

Benefits of the Macrobiotic diet:

Proponents of this therapy assert that such a diet will bring about a sense of well being, decrease heart attacks and reduce the risk of certain forms of cancers and combat food allergies.  Claims that this diet can reverse cancers and AIDS are being studied at the National Institute of Health’s Alternative Medicine Office. To date, there is no evidence that Macrobiotics is effective in reversing advanced cancers.

Side effects of the Macrobiotic Diet:

Vitamin and mineral deficiencies have been reported in extreme versions of this diet.  Studies have also shown that lactating mothers on a Macrobiotic diet had low levels of vitamin B12, Calcium and Magnesium in their diets. Another study links the macrobiotic diet to iron deficiency.  The therapy should be stopped if there are signs of malnutrition, fatigue, muscle and joint pains, poor concentration, irritability and increased susceptibility to infections.