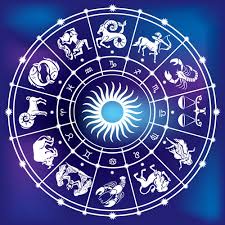 Astrology is one of the ancient sciences that have been generally debunked by the Medical fraternity.  Historically there is evidence that Babylonians and Assyrians priest used to study the signs and omens and used Shamash- the Sun God and Adad- the Storm God. Astrology further developed in Rome and Greece.  After the Greeks, it was the Arabs who studied astrology.  Indian astrology has been a highly developed science and the astrological chart is plotted when the child is born, with meticulous care.  It is only in recent times that medical astrology has developed and astrologers are able to tell what a disease a person is likely to suffer from.

The Zodiac Signs and Diseases:

ARIES Those under this sun-sign are prone to epilepsy, headaches, ringworm, paralysis and convulsions.

TAURIANS are prone to melancholia, violent and vindictive behaviur.

GEMINIANS are prone to rheumatic diseases of the arms and shoulders, aneurysms and insanity.

CANCERIANS are prone to breast and stomach cancers, Tuberculosis, asthma and swelling in the feet.

LEO’S are prone to heart diseases, spondylosis, fevers and jaundice.

VIRGOS are prone to intestinal diseases.

LIBRANS are prone to disease of the kidneys.

SCORPIOS are prone to disease of the sexual organs.

SAGITTARIANS are prone to hip joint disease, gout and rheumatism.

CAPRICORNIANS are prone to skin diseases, melancholia and hysteria.

AQUARIANS are prone to disease of the legs and ankles and are affected by cramps.

PISCEANS are prone to diseases of the feet, chronic fatigue and are vacillating in temperament. 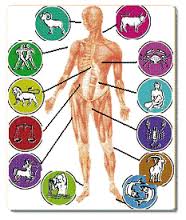 Several doctors who study astrology feel that it is possible to predict the genetic tendency of a child to develop a kind of disease.  Astrology can also predict casualty in an individual.   A Czechoslovakian Gynecologist, Dr. Eugene Jonas has used astrology to predict monthly fertility in women.  This method has been found to be 85% accurate. When this method is combined with the rhythm method, the reliability rates rise up to 98 %.  It may be fair to say that Medical Astrology might be able to point out one’s mental disposition and susceptibility to disease.