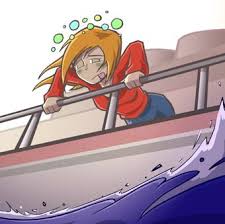 IT IS A USEFUL REMEDY IN AIR AND SEA SICKNESS.

This remedy is useful Coal oil or underground oil from where petrol is found.

It is useful in catarrhal affections of the mucous membranes, gastric acidity and cutaneous eruptions.

It is useful in ‘MOTION SICKNESS’, lingering gastric and lung troubles.

This remedy suits subjects, who lose their way in the streets, think that they are double and feel that death is near and must hurry to settle all affairs.

It is useful in moist eruptions of the scalp.

It is useful loss of eyelashes, dim sight, marginal blepharitis (infection of the eyelids).

It is useful in chronic Eustachian catarrh, fissures in the meatus of the ear.

This remedy suits subjects, who are hungry after stools, who suffer from heartburn and sour eructation, who are averse to fat food, meat and a worse from cabbage and the odor of garlic.

This remedy suits persons who have diarrhea in the daytime, which is watery, gushing with itching in the anus. This remedy is suitable for those who get diarrhea after eating cabbage and when the diarrhea is associated with constant hunger.

This remedy suits subjects, who are worse in the dampness and before and during a thunderstorm in winter and to those who are worse during and after sleep.  It also suits subjects who are better in warm air, dry weather and lying with the head high.

For those who will be traveling by air for the first time and who have found in the past that the downward motion of a lift causes the stomach to revolt or for those who have experienced air sickness of this type, I would suggest BORAX 30 to be taken on the first sign of uneasiness.  The use of NUX VOMICA or PETROLEUM, before the flight will also help.