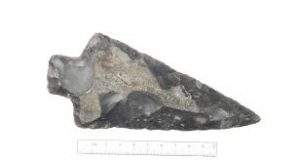 This remedy is derived from Pure Flint or Quartz.

It is a remedy for imperfect assimilation and consequent defective nutrition.  It suits children who have Rickets, with a large head, and a slow closure of the fontanels, with a pale face and distended abdomen.  It is useful in scrofulous rachitic children who are slow in walking.  It also suits children who are headstrong, abstracted with fixed ideas.  ONE PECULIAR SYMPTOM IS THAT THIS REMEDY SUITS CHILDREN, WHO ARE FEARFUL OF PINS AND SEARCH AND COUNT THEM.

It suits adults who are anxious, yielding, faint-hearted, chilly and worse from cold and better from warmth and wrapping up.  This remedy suits subjects, who are restless, fidgety, starts at the least noise, and is easily fatigued and wants to constantly lie down and even mental activity fatigues the patient.

It should be used with great caution in TUBERCULOSIS, because it may re-activate old cavities. 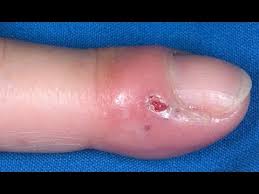 This remedy helps the body to re-absorb fibrotic conditions and scar tissue.  It is a great remedy and it promotes the expulsion of foreign bodies; such as fish bones and splinters.  This remedy is useful in whitlows, carbuncles and fissures in the anus. 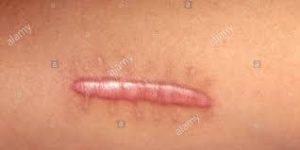 It is useful in combating the ill effects of vaccination. 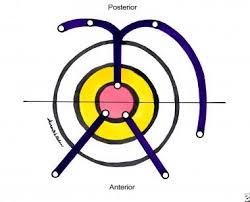 It is useful in healing fistulas in the anus.

The subjects requiring this remedy are cold, chilly and hug the fire and want plenty of warm clothing. They are generally worse in winter and lack vital heat and are intolerant to alcoholic stimulants.

The subjects requiring this remedy generally lack moral or physical grit and are generally mild and yielding in nature, faint-hearted and anxious, nervous and excitable and sensitive to all impressions.  It suits subjects who suffer from brain-fag.

This remedy suits subjects who have profuse head sweats, which extends to the neck, associated with an offensive smell.

This remedy is also useful in swelling in the lachrymal duct, sty in the eye, in iritis (inflammation of the cornea), in irido-choritis, ulcers in the cornea and in cataracts in office-workers. It also suits subjects who have a corneal opacity after keratitis (corneal inflammation).

This remedy suits subjects who have mastoiditis with a fetid discharge from the ears, and sensitiveness to noise with a roaring sensation of the ears.

This remedy suits subjects who have itching at the point of the nose, which is dry hard with crusts that bleed when an attempt is made to loosen them.  This remedy also suits subjects who are prone to sneezing in the morning with an obstructed nose, with a loss of smell and perforation of the septum.

This remedy is useful in facial neuralgia, with a throbbing of the face with a red face and the subjects are worse from the cold and damp weather.

This remedy is useful for abscesses in the root of the teeth, in pyorrhea where the teeth become sensitive to cold water.

This remedy is suitable in cases of periodical Quinsy (Peri-tonsillar abscess) and for all colds that settle down in the throat and in all hard swellings of cervical lymph glands.

This remedy suits subjects who have disgust for meat and warm food, with a lack of appetite, with excessive thirst, colic in the abdomen and constipation.

This remedy suits female subjects who have a uterine colic with milky acrid leucorrhoea, with itching of the vulva and the vagina.  This remedy is also useful in abscess of the labia, vaginal cysts and for dissolving hard lumps in the breast.

This remedy is very useful in colds that fail to yield, with persistent muco-purulent sputum and violent cough, which is worse while lying down with a thick yellow lumpy expectoration.  It is useful in the suppurative stage of expectoration.

This remedy suits subjects who have a weak spine and are susceptible to draughts of cold air, which affect the back with pain in the coccyx.  This remedy is also useful in spinal irritation after injuries to the spine and in diseases of the bones and spine (e.g.: Potts’s spine).

This remedy is useful for skin diseases for subjects with Felons, abscesses, boils, old fistulous ulcers, painless gland swelling, raised colored blotches, scars that become painful and when every skin injury suppurates.  This remedy is also useful for curing crippled nails, bursas and keloids. It is useful in In-growing toe nails.

This remedy suits subjects with fevers that are associated with chilliness, sensitivity to cold air, with creeping sensation and shivering of the body.

This remedy is useful in subjects, who have constipation, which may be worse before and during menstruation, due to the inactivity of the rectum and the stools often recede and are partially expelled.  THIS IS REFERRED TO AS ‘SHY STOOLS OF SILICEA’ BY SOME HOMEOPATHS.

Another peculiar observation is that Silicea is useful in curing ailments, which come on with the suppression of foot-sweats. This is a strange symptom.

This remedy suits subjects who hare better from warmth, wrapping the head in the summer and in wet humid weather.

The remedies that follow SILICEA well are THUJA, SANICULA, And FLOURIC ACID & PULSATILLA.

A remarkable feature of SILICEA is its ability to promote the expulsion, exteriorization of foreign bodies from the tissues. Many are the records of sphincters, thorns, and pieces of glass, gravel or metal, which have been extruded from various parts of the body after the administration of the drug.  There are sites where surgical removal or attempts threaten are fraught with considerable risk of adding trauma to trauma and the extrusion of the foreign body by natural means aided and abetted by SILICEA in potency, is a preferable procedure ‘albeit’ involving some delay.

When a mastoid operation has been carried out and there has been slow healing and a constant discharge from the ear, the administration of SILICEA will clear up the trouble.

SILICEA is also one of the greatest remedies for chronic diarrhea in soldiers due to sleeping on damp grounds, eating all sorts of food, long exhausting marches.

SILICEA is excellent for pyorrhea and also PHOSPHORUS and a lotion of SYMPHYTUM Q –2 drams to 8 ounces of water is a good application to the gums in these cases.

In impending tetanus, we certainly have efficient preventives of the full-fledged disease. ACONITE with fever, anxiety, tension of the muscles, tingling and numbness.  VERATRUM VIRIDE, HYPERICUM with excruciating pain in the wound, BELLADONNA, CICUTA, SILICEA and possibly AUGUSTURA: if the wound is suppurating or has suddenly ceased to discharge pus.

If such bad effects as erysipelas, convulsions or diarrhea should follow vaccination, SILICEA will cure the case, THUJA itself, is complementary here; and comes in very well for diarrhea following vaccination and also when the vaccination fever is high. Pustules like those of Smallpox together with a rash that appears all over the body.

PHOSPHORUS is the surest remedy for Glaucoma and helps more frequently than any other remedy; if a cure is not completed by PHOSPHORUS, LYCOPODIUM and no less SILICEA will be found indispensable.

SILICEA appears to cause a leucocytosis and may increase body resistance to disease in this way.