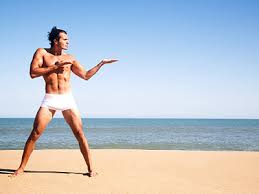 Tai Chi is a Chinese therapy.  Tai Chi is motion, unity, and a dance where there is a surrendering to the natural flow of the energy of the universe.

Tai Chi originated from a Taoist monk named Chang San-feng.  He was inspired into Tai Chi after watching a magpie attacking a snake.  The snake teased the magpie and always remained out of its grasp by twirling, wriggling, curling and spiral motion.  Similar movements are an integral part of Tai Chi.

Tai Chi means “Supreme Ultimate” and Ch’uan means “fist or boxing”.  Tai Chi is different from Kung Fu or Karate, which are aggressive martial art forms.  Tai Chi is sublime and replaces aggression and hostility with sensitivity and the capacity to yield to an overwhelming calmness.

Tai Chi is a process of exploring the body and the mind through creative movement and reflects the fact that “Nature is always in motion”.

Persons practicing Tai Chi experience transformation and sense of vitality in the body.  In Tai Chi, all movements complement each other.  According to Chang Sen-feng, the inner strength is rooted in the feet, developed in the thighs, controlled by the waist and expressed through the fingers.  There are various forms of Tai Chi, Yang and Wu, but they tend to overlap.

Today the best-known international exponent of Tai Chi is Al Chung Liang Huang who has taught in the U.S. and the Far East.  Al Huang teaches that Tai Chi is a form of Self-actualization in keeping with other Holistic philosophies and emphasizes the inter-relatedness of the mind and body and the unimposed flow of energy through them.

Tai Chi is a process of self-discovery like Yoga and demonstrates the link between the body movement, the posture, and contemplative states of being.  Tai Chi helps one achieve serenity in the midst of activity. It teaches us that we live in an inner as well as an outer world – the inner domain of thought and reflection and the outer one of force and action.  Tai Chi resolves shows us how we can blend both these domains and achieve a sense of unity and fulfillment.