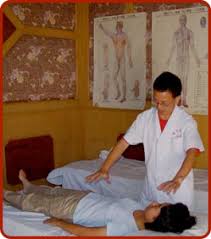 Qigong is a unique Chinese Traditional technique.  It has the potential to re-structure medicine.  In “external” Qigong, the Qigong doctor does a non-touch energy assessment of the patient and actually projects or conducts Qi, or positive healing energy, in a treatment mode to the patient. 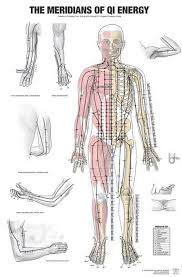 In the assessment of the patient, rather than asking questions, taking pulses, observing the tongue, palpating reflexes and ordering lab tests, as is done in Western Orthodox medicine, the Qigong Doctor uses concentration, intuition and reading of the Qi energy with off the body diagnostic scanning.  In the treatment, the practitioner actually projects the Qi energy to have a healing effect.

Both these techniques seem impossible and fantastic, however, research is revealing that there may be authentic, explainable and demonstrable natural laws and mechanisms, upon which the operation of this therapy revolves.  Delores Krieger, a researcher of Qigong has shown that in-vivo hemoglobin values were significantly affected by the administration of this energy based technique. This therapeutic touch, which is an ‘off the body’ technique of assessing and healing has experienced a terrific interest the nursing community in the US.

Another unique aspect of Qigong doctors is that a number of them have developed the ability to manipulate the limbs of the patients and research participants from a distance, effect changes in the physical or chemical properties of research materials with intention and even cause anesthesia by pointing the Qi energy at certain acupuncture points.

The current status of Qigong: 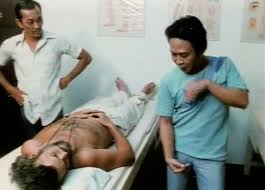 Dr. Zhang Yu of the Beijing College of Traditional Chinese Medicine and Xi Yuan Hospital has amazed groups of American observers with his external conductance ability.  In October 1986, an article in the LA Times revealed the ability of Master Xun Yunkun to treat terminally ill cancer and paralytic patients, with Qi projection.  Master Xun has also treated patients of Parkinson’s disease, Arthritis and other crippling diseases, by harnessing electrical energy and projecting it across a distance to effect healing.

The American Foundation of Traditional Chinese Medicine and Stanford University have teamed up and are doing a collaborative research project on Bio-luminesence and Qigong with a focus of satisfying the rational research model.

Already, about 128 research papers were presented in the First World Conference for the Academic Exchange of Medical Qigong in 1988, which was sponsored by the China Medical Association, the Chinese Ministry of Health, China Qigong Research Institutes and the Beijing College of Traditional Chinese Medicine and health experts attended this conference from about 17 countries.

Qigong doctors and such therapies must be encouraged because it has a potential for all health seekers to move toward freedom from dependence upon health experts outside themselves, through self applied Qigong techniques.

It is a pity that we as Indians are the closest neighbours of China, but we know very little of their Traditional Medicine and rich culture.