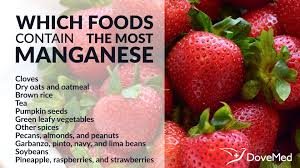 Manganese is a micronutrient that is nutritionally essential.  The effects of manganese are not fully understood and it is perhaps appropriate that it derives its name from the Greek word – which means magic.  People in UK are least likely to have Manganese deficiency because of their tea drinking habits.

Manganese has recently come under the scanner because excessive levels in the atmosphere is said to result in violent behavior in humans.

Why is Manganese so essential?

Every cell in the human body uses manganese, and a deficiency of it will lead to death.  But too much of it, some experts say, can make a person prone to violence and certain mental disorders, particularly attention-deficit hyperactivity disorder.  Excess of manganese has been long suspected of causing violent behavior in high doses. In California legislators have decided to monitor manganese levels in the air

It is believed that manganese and iron share a common absorption and transport pathways.  Absorption of manganese from a meal is reduced as the meal’s iron content is increased.

In one study it was found that young men who were fed a low-manganese diet developed decreased serum cholesterol levels and a transient skin rash. Blood calcium, phosphorus, and alkaline phosphatase levels were also elevated, which may indicate increased bone remodeling as a consequence of insufficient dietary manganese.

Manganese supplementation, in combination with calcium, zinc and copper, showed efficacy in postmenopausal osteoporosis. Manganese in combination with glucosamine hydrochloride and chondroitin sulfate was helpful in treating knee osteoarthritis pain.  Manganese is also said to be useful in alleviating some PMS symptoms, including anxiety, depression, irritability and mood swings.