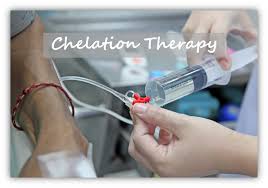 Hundreds of medical practitioners in the West are trying Chelation therapy for the prevention and treatment of degenerative circulatory diseases. Proponents of this therapy assert that it is useful in Coronary Artery disease, hypertension, Atherosclerosis, peripheral circulatory disease, premature senility and many age related diseases.

EDTA is the most commonly used agent for Chelation.  EDTA is a synthetic amino acid it expands as Ethylene-diamine-tetra-acetic acid. It is administered into the body as a series of intravenous infusions. Initially, EDTA gained its reputation for removing toxic metal poisoning from the body and was used in a rare condition where the Calcium levels in the blood are high in the body. It was an accidental finding that EDTA also helps restore the impaired circulation, which has lead to its widespread use in Alternative Medicine.

How does EDTA work? 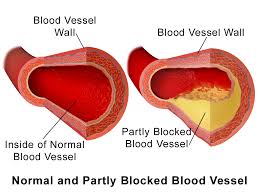 So, in chronic circulatory dysfunction, where the coronary arteries may be blocked, EDTA opens up narrow and blocked coronary artery and reduces the angina pain.   If there is a circulatory deficiency in the legs, EDTA helps by improving the circulation by removing the obstructing plaques in the lower limb blood vessels.  It works similarly on the kidney and the brain and improves their function.

If elderly patients have a crippling disease and are bed-ridden, then Chelation should be tried in isolation.  But, if the patient is able to comply, then Chelation must be tried with Diet modification and Graded exercise programmes as a part of a comprehensive approach, which will help improve the normality of circulation in the entire body.

Despite its wide spread use in Degenerative conditions, Chelation therapy has remained controversial; it has been much misunderstood and grossly under-investigated by mainstream medical professionals.

It is unfortunate that today, Cardiology has become extremely invasive and millions of patients are undergoing Angioplasty or Coronary Arterial Bypass Grafting.  The recurrence rate of Coronary Artery disease despite these procedures is high.  Many patients have to undergo repeat bypass operations or repeat Angioplasty, procedures which are extremely expensive, risky and emotionally painful.

A more open-minded search for a painless and a non-invasive option for these diseases should be made and perhaps, Chelation therapy may be the answer to the crippling and potentially fatal vascular diseases.