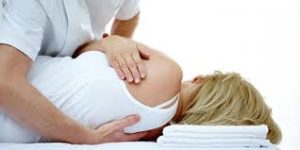 Physical manipulation techniques have been known to several ancient cultures. Chinese literature dating back to 2700 B.C. refers to manipulation as a healing technique and there is evidence in literature that, the Greeks, Romans, Egyptians, Syrians and Aztecs practiced these techniques.

One or more vertebrae of the spine may or may not go out of place… They might give way very little, and if they do they are likely to produce serious complications and even death, if not properly adjusted… many diseases are related to the spine.

The origin of Modern Chiropractic: 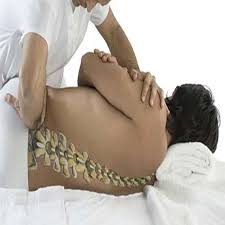 The word Chiropractic is derived from the words, “Cheiro” and “practikos” and when combined together, means DONE BY THE HANDS.  Daniel David Palmer coined this phrase and he is considered to be the father of modern Chiropractic.

Palmer faced a lot of ridicule by doctors of his time in the early 1900’s, but it has been discovered that some cases of deafness caused by circulatory problems can be remedied by manipulation.  Professor Bechgaard of Denmark brought out these benefits of Chiropractic to the scientific world in 1963.

The Spinal Column and Chiropractic:

The spinal cord passes through a series of stacked-up vertebrae and between two vertebrae there are cushions called as the ‘Inter-vertebral discs”.  At various intervals, nerve connections branch off the spinal cord various parts of the body and it is at these linkage points that stress and pain occur.  Chiropractic specialists manipulate the spine and reduce the stress and pain and re-align the spine.

Chiropractors believe that man’s body structure is inherently unsuitable for the strains of vertical posture; and believe that man’s framework has not sufficiently evolved to sustain the strain of being erect.  The sheer weight of gravity causes a great strain on many body parts such as; intestines, arteries, veins – producing hernias and circulatory problems.  Many of these ailments impinge upon the spine. 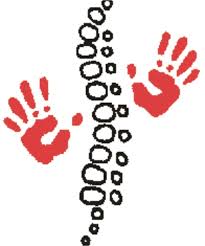 Chiropractic is a Holistic therapy that is becoming popular in the United States and it has been recognized as a mainstream therapy and most insurance companies cover patients for this therapy.