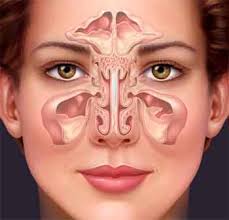 It is a useful remedy in colds and sinus infections.

It is useful in Frontal pain in the face, associated with frontal sinusitis.

It is useful in conjunctivitis with granular lids; it is also useful in Iritis with ulcers in the cornea.

It is useful in Chronic Suppurative Otitis Media with a thick yellow fetid discharge.

It is useful in ulcerated nasal septum with fetid smell from the nose, with a discharge, which is thick, ropy and greenish yellow.  It is useful there is anosmia (loss of smell) with violent sneezing and profuse watery nasal discharge.  It is useful in chronic inflammation of the nasal sinuses.

It is a useful remedy for dysentery with tenesmus  (ineffectual urging to pass stools) and the stools are brown and frothy.

It is a useful remedy whenever there is a burning of the urethra after urinating and one drop seems to remain behind, which cannot be expelled.

It is useful in tenacious leucorrhoea with itching in the vulval region.

This remedy suits persons who are better from heat, and are worse from beer, morning, and hot weather and while undressing.

TIPS FROM THE MASTERS

For inflammations of the sinuses, the KALIS are probably more frequently indicated than any other remedy. KALI BICHROMIUM is considered by many a specific in frontal sinusitis.

In Post influenzal cases of persisting sinusitis, which are aggravated by cold, damp weather, and better in a warm bed, KALI BICHROMIUM is of great value.

KALI BICHROMIUM may be given when the respiratory symptoms are complicated with acute bronchitis or bronchopneumonia. This remedy is found to be one of the best.  It has been proven and found to be well indicated in severe cases presenting conjunctivitis with phlyctenules, ulceration of the Meibomian glands, purulent discharge from the eyes or coughing of a stringy mucus, accompanied by membranous laryngitis.

This remedy is very useful in catarrhal disorders where the discharge is thick, viscid and stringy or ropy in nature. I find this useful in many cases of sinusitis and Chronic Suppurative Otitis Media.