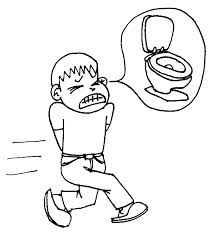 This remedy is derived from a plant belonging to the natural order of Liliaecae.

It is useful to combat the bad effects of a sedentary life or bad habits.

It suits persons who have an aversion to meat.

The remedy suits persons who have flatulence with a bloated abdomen.

This remedy is useful in persons who have loose, lumpy stools with mucous.

It is useful in hemorrhoids, which protrude like a bunch of grapes and the piles are sore and tender.

This remedy is also useful whenever there is burning in the anus and the rectum.

It is useful in Lumbago alternating with headache and piles.

This remedy suits persons who are worse in the early morning, in the summer heat, after eating or drinking and who are better in the cold and the open air.

I was initially very skeptical about this remedy.  I have however used it extensively in India and find that it is very good for diarrheas, which are very common in summers in India.  It is particularly suitable for those sedentary patients who have a lot of flatulence and do not know whether, they will pass wind or stools with flatulence.  I have also found it useful in a few cases of piles.  Surprisingly, it is also useful in constipated patients who have to remove their stools mechanically or in patients who pass hard stools involuntarily.