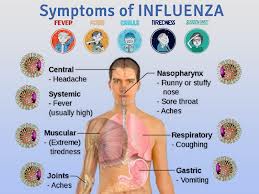 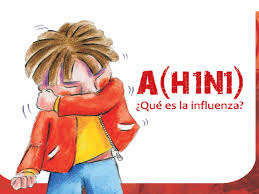 In 2014, the Flu season has been severe with the advent of H1N1 epidemic in the US.  In China, authorities are worried that the H7N9 virus would mutate and spread easily from humans to humans resulting in a worldwide pandemic.  A single severe flu pandemic could cost the world more that $3 trillion.  It would bring shared misery, economic decline, and societal disruptions on a global scale, with the poor and those in fragile states hit the hardest.  It is in that background, I have attempted to educate the readers to alternatives. There are many flu remedies in Homeopathy and I have only listed a few. The purpose of this article is for educational purposes.  This article is not intended  to replace the heath care systems or the Allopathic system of medicine.   The remedies listed below can be used both as  curative and preventative medication.

Eating certain foods that are rich in Vitamin A & C helps in Influenza:

It is generally impossible to pinpoint a few remedies. But, what is fascinating is that during an influenza epidemic, a remedy or two will work marvellously during an epidemic. This remedy is sometimes referred to as “Genus epidemicus”.

·         Symptoms come on very suddenly, especially after exposure to a dry, cold wind or from an emotional alarm or fright.

·         The patient always feels better in fresh air
Worse: in a warm room, in the evening or at night, lying on the left side, hearing music, when exposed to tobacco smoke.

·         Other uses:  any situation where the person is scared, such if they just witnessed something terrible, were just involved in an accident, etc.

·         This remedy is useful when the Flu is associated with a feeling of soreness, as if bruised internally and externally

·         Other uses:  This is the main initial remedy for acute injuries and accidents. It is a great remedy for bumps, bruises, sprains, strains, cuts, etc.  It is commonly given to patients before and after surgery to improve outcome, decrease bleeding and bruising and promote healing.  It is a great remedy to have in your emergency kit.

·         The patient is extremely restless, oversensitive, anxious and weak.

·         There is an acute fear of death. The face is pale with an anxious expression

·         There is extreme prostration, which is out of proportion to the disease.

·         Burning pains that are better with warm applications

·         Vomiting and diarrhea are common. The diarrhea with acrid, offensive, watery stools.

·         The patient is called as a GOLDEN HEADED CANE PERSONALITY.  He is too neat, upset by clutter. This is a peculiarity. The patient insists on being spic and span despite his aliments.

·         Other uses: Food poisonings and flu’s caused by gastric derangements.

·         The Flu comes on suddenly and is associated with high fever and a feeling of being bruised all over.

·         Profuse sweating with a high fever and an intense thirst

·         The flu is associated with a stupefying headache, with confusion.

·         The fever is associated with a delirium with strange sensations, like as if there is somebody else in bed with him, parts of her body are separated, etc

·         The face is typically flushed. The patient may have a sore throat, eyes wide and staring, pupil’s dilated, bright red tongue, and red throat with white spots on the tonsils.

·         Everything is intense and concentrated in the head.

·         High fever that comes on suddenly, often as a result of a change in temperature (e.g. becoming chilled or overheated, washing the hair).

·         Constriction on attempting to swallow

·         The patient with Flu is extremely irritable and strangely talks about business despite the fever.

·         Pneumonia, especially of the right side; pleurisy (pain on breathing and coughing).

·         This remedy is useful in Dengue fever. It is useful when the fever is associated with severe body pains. The patient feels that the bones are broken

·         This Flu is associated with chills and paralytic weakness.

·         Bursting headache beginning in the neck and which may extend over the head to the eyes and forehead; relieved by copious urination.

·         Double vision often before or during the headache. Eyelids are heavy and droopy, can’t keep them open.

·         Fatigue, heaviness and dullness.  The legs feel weak and shaky and they just want to lie in bed.

·         The patient is generally worse in the early morning and last thing at night, in the sun, and when exposed to tobacco smoke.
Better: after urination and fresh air

The remedy Bryonia is also useful in pains, but they are much worse from any movement.  The patient requiring Gelsemium does not want to move due to fatigue and heaviness, not because there is aggravation from movement

The patient requiring Eupatorium perfoliatum also feels as if run over by a truck, but the pains are more severe, and they are felt in the bones.  In addition, Eup-per patient is thirsty, and Gels patient is not.

·         This remedy is useful when the flu is associated with yellow slimy tongue, nasal discharge, ear discharge, and diarrhea.

·         There is increased salivation, offensive breath, and profuse offensive sweat.

·         Very chilly. Chilliness on the slightest movement. On the slightest exposure to the open air, shivering and chilliness for an hour; dreads to go out into the open air. The slightest draught of cold air chills the patient. He cannot get warm. The chill is not relieved by heat or by bed coverings.  The patient wants to be completely covered

·         Shivering and chilliness immediately after drinking

·         This is essentially useful for fast track modern day executives who are fastidious.

·          It is useful when patients collapse due to fatigue and states of overwork.

·         This remedy is useful for a Hangover after an alcoholic binge

·         The flu quickly affects the lungs, especially the base of the right lung.

·         The patient craves cold drinks, which may be vomited when they become warm in the stomach.

·         This remedy suits individuals who become clingy and weepy when sick.

·         There are palpitations with anxiety along with the symptoms

Other uses:  This is one of the most commonly used remedies in children.  Whatever the problem (ear infection, teething, cold, etc), when the child is weepy, wants the caregiver next to him all the time and gets better only when held.  This is opposite to Chamomilla children, who are often angry and reject kindness.

·         The pulse is abnormally rapid for the temperature.

·         Extremely restless.  Has to keep on moving, rocking, wringing, for momentary relief.

·         This remedy is useful in Flu where there is Stiffness and restlessness in the joints that become better with movement.

·         Aching and stiffness in the joints, worse on first starting to move and better with continued movement.

·         Fear of poisoning.  She may refuse taking medicine feeling it is poison.

·         Other uses: Sprains, strains, when the pain is better with movement (opposite of Bryonia).

·         This is a good remedy where the patient complains of hot, burning sensations.

·         This remedy is useful when the fever partially recovers and then relapses.

·         Very sensitive to the open air and drafts (opposite to Pulsatilla);

·         All complaints become worse from washing and taking a bath.

Remedies that are considered in life-threatening cases:

My personal experience in these complicated Flu cases is not too good and I prefer to admit them into Intensive care, especially my older patients. But two remedies are popular with Homeopaths and they are listed below.

·         The patient feels cold; even the breath and tongue are cold; very pale, air – hunger, and yet asks for the windows to be opened  strangely, he wants to be fanned.

·         It is useful in ailments resulting from loss of fluids: blood loss, vomiting, and diarrhea.

·         Weariness of the limbs, with desire to stretch, move or change position

Even though natural and homeopathic methods are useful and gentle, care should be taken while prescribing these medicines in the elderly and the very young.  In both these cases a common cold can turn into a dangerous chest infection and if unchecked can lead to extreme morbidity and even death.  In any case, all fevers lasting for more than three days should be investigated properly to rule out any serious disease. As ever, the cautionary statement is that PLEASE DO NOT TRY THESE REMEDIES ON YOUR OWN. PLEASE TAKE THE ADVISE OF AN EXPERIENCED HOMEOPATH NEAR YOU.

1,462 thoughts on “HOMEOPATHIC REMEDIES TO TREAT COLDS AND FLU.”