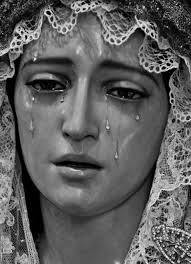 This remedy is derived from Sodium chloride.

It is believed that a prolonged ingestion of excessive salts causes prolonged nutritive changes resulting in edema, anemia and leukocytosis.

It is a great remedy for intermittent fevers and anemia. 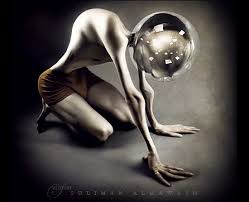 It is useful whenever there is great weakness and weariness.

It is a useful remedy to combat the ill effects of grief, fright, anger, and depression in chronic diseases.

IT HAS A KEYNOTE SYMPTOM, THAT CONSOLATION OF THE SUBJECT AGGRAVATES ALL THE COMPLAINTS. The subject is irritable and wants to be alone to cry.  It is a great remedy for melancholia of puberty, pregnancy or menopause, with sadness and weeping.  It is also useful in Hysterical subjects, who have alternating bouts of laughter and weeping.

This remedy is useful in throbbing headache, where the head seems as if, a thousand hammers were knocking the brain, worse in the morning on awakening and after menstruation, from sunrise to sunset.

This remedy is useful when the eye muscles are weak stiff, burning in the eyes and there is a stricture in the lachrymal duct.

It is useful when there is a roaring and ringing in the ears.

It is useful when there is a loss of smell and taste.

It is a useful remedy when there are vesicles in the tongue and there is a sensation as if there is hair on the tongue.

It is useful when there is an unquenchable thirst and the subject sweats while eating.

It is a useful remedy whenever the subject has a craving for salt, aversion to bread and oysters.

This remedy suits subjects who have burning in rectum after the stools. This remedy is useful when the anus is contracted and there is constipation with crumbling stools.

It is useful when there is pain after urination, and there is involuntary increase in urination, which gets aggravated after walking and coughing.  The remedy also suits subjects, who have to wait a long time to pass urine, and cannot pass urine in the presence of others.

This remedy is useful in subjects, who have emission of semen after coitus.  It is also a useful remedy in impatience with retarded emission.

It is useful in subjects who have back pain with a desire to be supported.

It is a useful remedy in pain in the lower limbs with cramps in the hamstrings.  This remedy suits subjects, who have weak ankles that turn easily.

It is a useful remedy for greasy oily face and in greasy skin in the hairy parts.

It is useful in urticaria and crusty eruptions on the bend of the limbs.

It is useful in fevers, especially in chronic malaria.

It suits subjects who are worse from noise, music, warm room, lying down, at sea shore, mental exertion, heat and talking.

This remedy suits persons who are better open air, cold bathing, going without regular meals, pressure against the back and tight clothing.

NATRUM MUR acts splendidly in Sunstroke where a deficiency of it allows moisture to be drawn from other parts, especially the base of the brain with the result dangerous and sometimes fatal.

I have seen NATRUM MUR, applied in the worst types of migraine headache that are throbbing, beating and terrifically severe headaches accompanied with high blood pressure, are relieved frequently by NATRUM MUR.

The most dramatic and outstanding cures that I have witnessed with NATRUM MUR have been in the role of the deficiency diseases of the infants, and children, such as high grades of malnutrition and lack of development of speech center.

If there is a history of slow or precipitate labor, use of forceps, and or slowness in recovery from birth, or difficulty in taking solids later, head injury remedies, NATRUM SULF, NATRUM MUR or CUCUTA VIROSA may be required.

NATRUM MUR affects a radical cure of constipation when many boasted and popular remedies fail. It is a regulator of water in the system and if moisture were drawn from rectum, loss of function results and produces constipation.

Against the ravages of Malaria, both prophylactic and curative, we will require the study and use of a larger group of remedies.  Yet a sufficiently narrow group of the most often indicated with enable the prescriber readily to cure 95% of the cases.  Starting with NATRUM MUR, ARSENICUM ALBUM second and CHINA SULPH third, these remedies properly given in a highly malarial district will afford certain protection against the disease.  And if the disease were present in an individual, these same 3 remedies need to be studied and compared for the selection of the curative agent.

SEPIA AND NATRUM MUR, are the 2 most potent drugs for cataract: NATRUM MUR yields best results because it is one of the few drugs known to be capable of causing cataracts.

A much-neglected curative sphere of NATRUM MURIATICUM is the eye work.  I have cleared up some cases of muscle imbalance with a single prescription that kept the ophthalmologist busy for months without producing any permanent results and the visual field had been greatly distorted with unsteadiness of vision; objects become confused, the eyes gave out in reading or writing, with marked weakness of the internal rectus muscles.

NATRUM MUR is a promising remedy for such diseases as Addison’s of Leukemia and for cachexia, which sometimes accompanies Exophthalmic goiter.

A woman has lost her husband or child, suffers much from grief, IGNATIA will quieten her over the present moment; when such troubles keep coming back, NATRUM MUR will finish the case.

NATRUM MUR in brandy, a tablespoonful in the evenings, is said to produce conception, from intercourse the following night. Several surprising examples of this have been related to me.