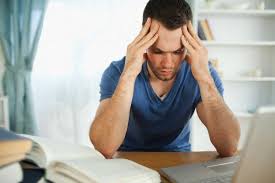 IT IS A GREAT REMEDY FOR THE ILL-EFFECTS CAUSED BY OVER-STUDYING AND GREAT EXHAUSTION.

This remedy is derived from Picric acid.

It suits subjects who are warm blooded, sensitive to heat, with a desire for cold air and cold bathing which ameliorates the patient.

It is a great remedy for too much studying or over-taxing the brain.  It is particularly useful in headache in students, business and computer engineers from over-study, fatigue, grief or depressing emotions.  It suits subjects, who sit still and are disinclined to work.

It is useful in prevent the degeneration of the spinal cord.  It is also useful in case of Dementia with prostration. 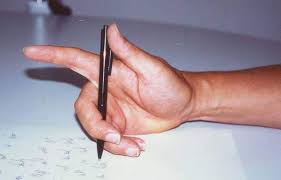 It suits subjects, who have small boils within the ears and the back of the neck.

It suits male subjects who have profuse emissions with great exhaustion.  It cures impotency and spermatorrhea when the mind is unable to control lustful emotions.

If a mental shock arises from death of a near relative, followed by languor, lassitude or exhaustion, think of PICRIC ACID.

In post influenza nervous asthenias, there are 3 remedies, which I have found of the greatest value, viz, PICRIC ACID, PHOSPHORIC ACID & COCCULUS INDICUS. In all the three, there is the same feeling of weariness and inability to sustain any mental effort.

PICRIC ACID is as near a specific for small furuncles in any part of the body as any remedy can be.  In the meatus externus, it aborts the furuncle if seen early, and mitigates if advanced as well as corrects the habit.

HELONIAS is an excellent remedy where there is a tired, acing feeling and some burning in the back and legs.  This is common enough with women and no remedy, unless it is PICRIC ACID relieves more promptly. The debility of HELONIAS is the result of impaired nutrition.

In any psychosomatic group of patients there are those with present fatigue, worse in the morning, who say they feel more tired on arising than when they went to bed and also mention that the lease desk work leaves them dragged out and listless.  I will now give more thought to PICRIC ACID.