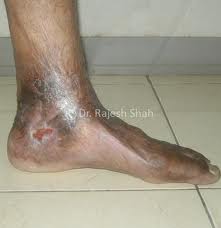 Chronic wounds often defy conventional treatment because they may be infected with bacteria that are resistant to antibiotics. Orthodox practitioners have used many traditional methods of treatment and they include apitherapy (application of medicated honey), maggots and leaches. These unorthodox therapies have been found effective in MRSA infections.

Honey can be used as a topical treatment for wounds: 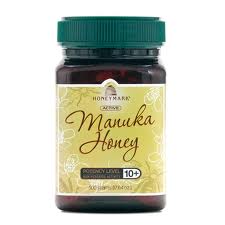 Honey which is a plant nectar that is modified by the honey bee called as Apis mellifica has been used since thousands of years and there are references in history dating back to the early Egyptians, Assyrians, Chinese, Greeks, and Romans.

Honey acts like a sealant and keeps the wound moist and free from contamination. Honey contains glucose (35%), fructose (40%), sucrose (5%), and water (20%). This high sugar content plus vitamins, minerals, and amino acids) provides topical nutrition that is thought to promote healing and tissue growth.

Honey is also a hyper-osmotic agent that draws fluid from the wound bed and underlying circulation and this action is thought to kill bacteria. Honey has a natural debriding action too.

Manuka (Medihoney) is a medicinal honey with enhanced antibacterial properties derived from floral sources in Australia and New Zealand. It has been reported that it can stop bacterial growth even when diluted up to 56 times. It has anti-inflammatory properties and can stimulate epithelial growth, advancing closure of skin. 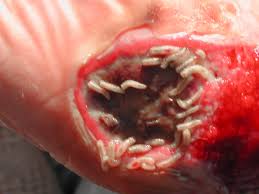 Military surgeons have always known that soldiers whose wounds got infested with Maggots healed better.  Maggots have been used for centuries to help heal wounds. The beneficial effects of therapeutic maggots were first observed during the Napoleonic war by a surgeon who noted that soldiers whose wounds had become infested had an improved prognosis.

In recent times, medicinal maggots (sterilized larvae of the green bottle fly Lucilia sericata that do not reproduce nor feed on live tissue) work as biochemical debriding agents. They ingest bacteria and degrade them in their intestinal tract. They also secrete an enzyme that disinfects the wound, dissolves necrotic tissue, and stimulates wound healing. Maggots are now being used against a wide spectrum of wounds and are proving to be effective against MRSA and other multi-resistant microorganisms. They also appear to be more cost effective than other methods of wound healing.  Studies indicate that about 40% to 50% of wounds treated with maggot therapy as the last alternative before amputation were healed, and the limbs were saved. 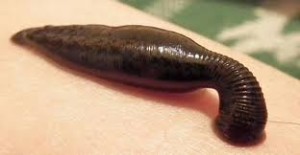 Using leeches was once an indispensable part of the practice of medicine in the 19th century only to be abandoned in favor of scientific medical advances. Leach therapy is once again seeing a renaissance in the area of modern plastic reconstructive surgery — particularly in microsurgery transplantation.  In June 2004 the US FDA gave clearance to leach therapy and they are used today throughout the world as tools in skin grafts and reattachment microsurgery.

Leeches work by creating a puncture wound that bleeds for hours, while anesthetizing the wound, preventing clotting and dilating vessels to increase blood flow.

The medical literature describes countless cases of the use of leeches to relieve venous congestions following reattachment or transplantation surgery of fingers, toes, ears, penis, and other skin-flaps; in addition to breast reconstruction, reduction, or augmentation procedures where engorgement of the nipple can be a complication.

Aeromonas hydrophila infections are a recognized complication of postoperative leech application, with reported incidences ranging from 2.4% to 20%. Prophylactic antibiotics are often recommended. In the event infection develops, early diagnosis and immediate initiation of an empirical intravenous antibiotic therapy are essential.

Another major concern in the use of leeches is their migration from the surgical site, possibly into the body or the wound itself. One study suggested a possible simple solution, which was to attach 1 end of a surgical suture to the leech and tie the free end to a firm object or dressing..

While leeches still aren’t a surgeon’s first choice, they are considered in a transplant that has failed for lack of venous outflow on the patient that has been put on heparin or other anticoagulants, and has undergone repeat surgeries in which as many of the small veins have been attempted to be connected.

Grassberger M, Fleischmann W. The biobag — A new device for the application of medicinal maggots. Dermatology. 2002;204:306.