Unani Medicine is a Traditional Medicine, which is holistic and it has its origins in Ionia in ancient Greece.  The principles of Unani medicine are similar to the principles elucidated by Hippocrates (460 to 370 B.C) and Galen (129 and 199 A.D).  Unani Medicine developed due to considerable contributions made by Avicenna, and Arabic scholar (986 to 1036 AD). Unani has also included many principles from ancient Egyptian and Mesopotamian traditions.  It is believed that some of the principles of Unani are over 6000 years old.  In recent times, it has been integrated with modern systems and it has evolved.

Unani Medicine believes that the body has to be looked upon as a whole.  Unani believes that the life force or thymos  (also called pneuma) and four vital essences or humors.  In disease, the thymos or the humors may be affected.  It is believed that the thymos is affected by emotions, age or disease. The problems of the humors are common, and the humor may be corrupted by wrong food habits or by the external environment.

How are health conditions treated in Unani Medicine? 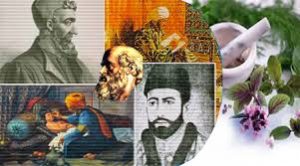 The Unani physician is called as Hakim and he makes a diagnosis after taking a detailed history, observing the patient, seeing the tongue, eyes, hands and fingernails.  The Hakim takes the pulse and takes a note of subtle changes in the pulse, which may indicate a disease state. In addition, the Hakim tests the reflexes in the hands, feet and outer ears.

The treatment in Unani:

The treatment involves some dietary changes and Herbal medicines and inclusion of mineral substances. Sometimes some work is done on toning the body reflexes by using massage techniques.  Applications of cold, heat or suction cups are also employed.  In serious diseases, the reflex points are punctured and a few drops of blood are released.

Like many Holistic systems, Unani Medicine has evolved over thousands of years and it is a safe and gentle Holistic Medical system, which has unsurpassed efficacy in the treatment of many acute and chronic diseases.