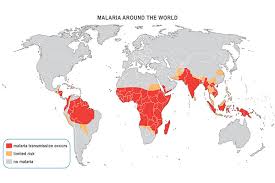 Every year Malaria affects several million people. The problem is compounded by the fact that malarial parasites are rapidly growing resistant to single drugs such as chloroquine, sulfadoxine-pyrimethamine combinations and amodiaquin.  According to the World Health Organization about 300 to 500 million people develop malaria each year out of which 1.5 to 3 million children die every year.   In Africa alone, the 28 million reported cases of malaria are believed to represent only 5-10% of the total malaria incidence on the continent (Hamoudi & Sachs, 1999).

Even in India the prevalence rates of the dangerous form of malaria called as Plasmodium falciparum has gone up from 38.8% in 1995 to 47.5% in 2003.  The urgent need of the hour is mosquito control, better pesticides, a vaccine for this disease, genetic manipulation of the mosquito so that the parasite cannot invade the mosquito, genetic manipulation of the parasite to make it ineffective, introduction of certain form of fish that eat larvae and finally development of better and newer drugs. 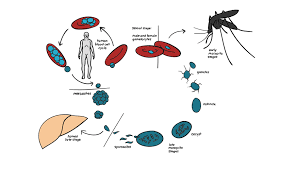 Obstacles to the eradication of malaria

Malaria is clearly a worldwide challenge and it is different from other infectious diseases like AIDS, which can be eradicated by behavioural modification and education. Malaria is caused by the climate and ecological factors that are peculiar to tropical and subtropical regions.  What is frightening is that malaria is also seen increasingly in wealthy countries like UAE and Oman.

It is imperative that malaria should be looked with seriousness because it directly affects a country’s economy.  It takes away an individual workers productivity and creates a great burden on the GDP of already struggling economies. (Shepard, 1991; Bloom & Sachs, 1998).

The malarial parasite and its vector are both very complex. There is a constant mixing of genes and both the mosquito and the parasite acquire drug resistance, making eradication impossible. (Hamoudi, 2000).

The species-specific behaviour of mosquitoes in some regions, however, has allowed for the success of malaria control programs in those areas, while mosquitoes in other regions have posed significant obstacles to those attempting to prevent malaria infection. In some temperate regions where malaria has been eradicated, mosquitoes spend their winter in hibernation or a non-reproductive state. Control programs have used this fact to their advantage by using insecticide and drug treatments during the mosquito “off-season”.

In tropical zones, mosquitoes do not lie dormant as a result of this; individuals often receive multiple malaria infections. In African and sub-Saharan populations there is no immunity among the population to malarial disease. . (Hamoudi & Sachs, 1999).

The only way of preventing malaria is through educational prevention programs. Introduction of bed nets substantially control malaria, but distributing these nets do not offer a foolproof system to control this disease.

The other problem is the failure of Drug Treatment Programs. We first had quinine to combat malaria. It was replaced with chloroquine, which was cheap, safe, and effective. Soon worldwide resistance to chloroquine was reported. Even newer drug therapies with drugs like mefloquine, atovaquone have shown drug resistance. This is because the parasite constantly mutates.

Artemisinin is extracted from a Chinese herb called as Qinghao. The biological name of the plant is Artemesia Annua.  It is also called as sweet wormwood and has been used by the Chinese to kill parasites such as worms and flukes. Artemisinin has also proven itself as a safe and effective treatment for malaria. It causes a rapid reduction of the parasite biomass. It is useful against drug resistant parasite. It inhibits the sexual forms of the parasite and thus blocks its transmission. However, it has a short half-life and that factor may be responsible for development of parasite resistance.  It is surprising to note that Artemisinin is effective against a wide variety of cancers as shown in a series of successful experiments. The most effective is leukemia and colon cancer.  Lumefantrine on the other hand has a long half-life of 4 to 6 days. It also has a slower onset of action, so when combined with Artemisinin they supplement each other and there is a negligible chance of re-infection or drug resistance. No major side effects were noticed in this promising combination.

Malaria is a dreaded disease and it is here to stay.  Despite resistance to drugs, some newer combinations have shown promise.  The eradication of this disease will depend on how quickly we find a new vaccine, which would be safe, inexpensive, easily administered and which conferred a life -long immunity against the disease. The other way of eradicating Malaria would be through mosquito control programs.