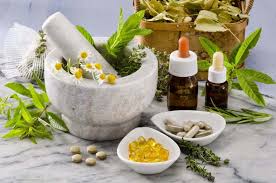 Allopathy should be the mainstay in the therapy of Diabetes and its long term complications. However Herbs, Homeopathy and Ayurveda do play a role of an adjunct along with yoga and lifestyle modifications.
Introduction:

Diabetes is a chronic (lifelong) disease marked by high levels of sugar in the blood. The CDC estimates that over 23 million people in America have Diabetes that works out to about 8% of the population. From the year 2007 the incidence of Diabetes has increased 13.5 % annually. It is said that about 2200 people are diagnosed with diabetes every day. In the US, Diabetes is the 5th primary cause of death by illness. The yearly cost of treating Diabetes in the US is estimated at 8 billion US dollars annually.
.
Globally every fourth Diabetic patient is an Indian. The main cause of this epidemic is that somehow Indians are genetically predisposed to the disease. The Indian diet is a high caloric diet. The sedentary Indian life style, high blood pressure and stress factors in urban India have made it the DIABETES CAPITAL OF THE WORLD. Diabetes affects an estimated 35 to 40 million Indians. According to different estimates and at this rate the number of patients could double by 2025.

It is estimated that if you have diabetes, your blood sugar levels are too high. Over time, this can cause problems with other body functions, such as your kidneys, nerves feet and eyes. Having diabetes can also put you at a higher risk for heart disease and bone and joint disorders. Other long-term complications of diabetes include skin problems, digestive problems, sexual dysfunction, and problems with your teeth and gums. 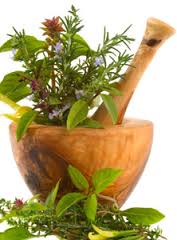 Allium sativum is more commonly known as garlic, and is thought to offer antioxidant properties and micro-circulatory effects. Some studies have proved that garlic is good as an adjunctive therapy in Diabetes. The exact mode of action is not known but it is believed that garlic may cause a reduction in blood glucose, increase secretion and slow the degradation of insulin… Limited data is available however, and further trials are needed.

Aloe vera is a widely known household plant originating from arid countries and it resembles the cactus plant. .Aloe is used as an after-sun lotion, to treat burns and to promote wound healing. It is well-regarded as a ‘healing herb’ and used traditionally to treat diabetes. It is said that Aloe vera may be able to lower fasting blood glucose levels as well as glycosylated Hb levels (HbA1c).

Ficus carica is fig-leaf. It is well known as a diabetic remedy in Spain and South-western Europe, The efficacy of the plant is yet to be validated in the treatment of diabetes.

Ginseng is a collective name for a variety of different plant species. In some studies utilizing American ginseng, it was noted that there was a marginal decrease in fasting blood glucose. There are many varieties of ginseng and they include Korean ginseng, Siberian ginseng, American ginseng and Japanese ginseng. The allopathic world has largely debunked the efficaciousness of Ginseng, believing that the beneficial effects if any are largely similar to that of a placebo.

Gymnema sylvestre is also employed in traditional ayurvedic medicine. The plant grows in the tropical forests of southern and central India, and has been linked with significant hypoglycemic effect. Some studies in animals have even reported regeneration of islet cells and an increase in beta-cell function.

Huckleberry promotes the production of insulin.

A tea made with kidney beans, white beans, navy beans, lima beans, and northern beans is said to remove toxins from the pancreas. 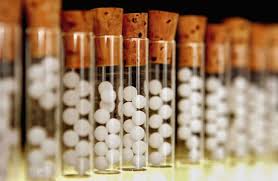 Homeopathy is that system of Alternative Medicine that believes in using the constitutional remedy that suits the patient as a whole. Finding the right constitutional medicine is the job of a Homeopathic physician and it is out of the scope of this small article. However some homeopathic remedies stand out in the cure of Diabetes and they are taken here for discussion.

Uranium Nitricum This remedy is useful when the patient has increased thirst, increased urination and dryness of the mouth. It lessens the sugar and quantity of the urine; and it is recommended the 3X trituration.

Syzygium jambolanum is a remedy capable of diminishing the amount of sugar in the urine, especially when used in the tincture and lower triturations. It cannot be considered to be a reliable drug, and its use seems entirely palliative.

Phosphoric Acid is useful if the diabetes is due to stress or of a nervous origin. It suits cases where the diabetes is due to grief, worries and anxiety. These patients are indifferent and apathetic, poor in mental and physical force. It is unquestionably curative of diabetes mellitus in the early stages, especially when there is great debility and bruised feeling in the muscles. This remedy is useful when there is loss of appetite, sometimes unquenchable thirst and perhaps the patient will be troubled with boils.

Plumbum is another important remedy in diabetes mellitus.

Phosphorus is useful in diabetes and pancreatic diseases, especially in those of a tuberculous or gouty diathesis.

Acetic acid is also a valuable diabetic remedy, and it is useful if the patient is passing of large quantities of pale urine, with intense thirst, hot, dry skin and marked debility.

Insulin is a homeopathic remedy that is prepared by mixing pancreatic juice in a glycerine base and is administered to diabetic patients in a mother tincture form as 10 to 20 drops per day. This remedy is said to maintain the blood sugar at normal levels

Other remedies of importance are Bryonia, Chionanthus, Argentum metallicum and Podophyllum. 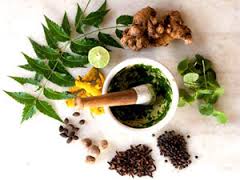 According to ayurveda, diabetes is a metabolic kapha type of disorder in which diminished functioning of Agni which leads to a tendency toward high blood sugar.
Ayurveda recognizes 24 forms of the disease commonly classified under Prameha – 4 are due to vata dosha, 6 are due to Pitta dosha, and 10 are caused by kapha dosha.

Ayurvedic practitioners attack diabetes using a multi-pronged approach. First, they address diet modification, eliminating sugar and simple carbohydrates, and emphasize on complex carbohydrates. Protein is limited, since excessive intake can damage the kidneys. Fat is also limited because there is often a deficiency of pancreatic enzymes, making fat digestion difficult.

Since many diabetics have auto-antibodies, a cleansing program is instituted which is called as the Panchkarma method. This begins with herbal massages and an herbal steam sauna, followed by fasting to cleanse the body. This is followed by an herbal purge for the liver, pancreas, and spleen. Colon therapy is next, first to cleanse the digestive tract and then to reconstitute the system.

Ayurvedic practitioners also use several herbal preparations for diabetics. Exercise is another cornerstone of ayurvedic treatment of diabetes. Yoga and breathing exercises are also traditionally used.

Herbs:
The most important herbs for all doshas are Shilajit, Gudmar Turmeric, Neem, Amalaki, Guggul, and Arjuna. Turmeric with aloe vera gel (1 to 3 gms./.035 to .1 oz) is best used during the early stages of diabetes for regulating pancreas and liver functions.
Diet in Ayurveda:
Aurvedic physicians believe in a kapha pacifying diet. They prescribe a diet devoid of sweets, carbohydrates and dairy products. They prescribe fresh vegetables and bitter herbs.

Ayurvedic physicians ask the patients of diabetes to:
– Eliminate all objects that contain sugar from diet, like wheat, rice, potato, sugar, sugar cane and its juice, jaggery, sweet fruits.
– Reduce fats, especially butter and ghee from diet.
– Take barley soaked in a triphala decoction overnight, then mixed with honey and eaten several times a day.
– Orange, and lemon, may be taken as and when needed.
– Take bitter melon, in any form, without any fear, and Jamun and powder of its seed.
– Take plenty of green vegetables, black gram, soy, fish etc.

There are many claims that Diabetes can be cured completer with Homeopathy, Herbs and Ayurveda. Patients should be wary of such claims and should use Alternative judiciously as adjuncts to the mainstay Allopathic medication. Among the streams of Alternative Medicine, Ayurveda seems to be the most promising therapy among the myriad forms of alternatives available.
Tall claims are made in the advertizing media about herbs and ayurvedic drugs. But, the claims seldom match the results and the gullible patients should be careful that they are not taken for a ride.