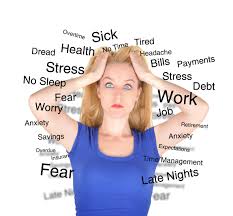 THIS REMEDY SUITS IRRITABLE  BUSINESSMEN WHO ARE UNDER CONSTANT STRESS.

This remedy is derived from Strychnos Nux vomica, which is the seed of a plant belonging to the natural order of Loganiaceae.

It is one of the greatest polycrests (a remedy that has action on multiple organs) because the bulk of the symptoms correspond in similarity with those of the common and most frequent diseases.

It is frequently the first remedy indicated after much overdosing and it helps establishing a kind of equilibrium of forces and counteracts the deleterious effects of many remedies.

It is a useful remedy for the modern day stress.  It suits persons with sedentary habits, who undergo mental exertion, loss of sleep, are anxious and full of worries.

It is typically indicated when the subject is thin, spare, quick, active, nervous and irritable, offended even by harmless words with an inclination to commit suicide, but is afraid to die.  This remedy suits persons who are excited or angered easily and cannot bear contradiction.

It suits subjects who drink a lot of coffee, wine, tobacco, spicy food, after eating in excess.

It also suits subjects, who are fond of rich and stimulating food.  It also suits persons who have a tendency to faint from odors 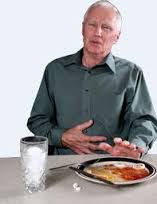 It suits dyspeptic subjects who have an irritable temper. 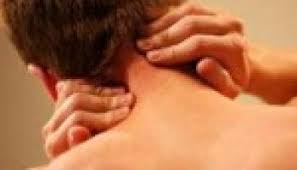 It is useful in subjects, who have a headache in the occipital region, and are worse in the morning after mental exertion, ingestion of tobacco, alcohol and coffee.

It is useful in Optic atrophy from the habitual use of intoxicants. 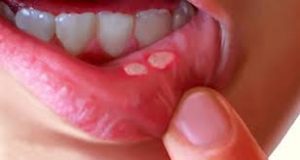 It is useful in curing small mouth ulcers when associated with bloody saliva.

It suits subjects whose nose is stuffed up in the night and who suffer from a stuffed up cold, which is worse from exposure to dry cold atmosphere.  It is useful in fluent daytime cold with a stuffed up nose in the night.

This remedy is useful in infants who have a cold, which stuffs their nose.  It is also useful in strangulated umbilical hernia in children.

It suits subjects, who have a sour taste in the mouth and suffer from nausea after eating and also in the morning. 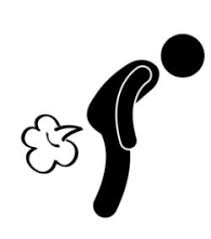 It is useful in subjects with irritable bladder, with frequent calls for urinating, strangury while urinating, with itching in the urethra and pain in the neck of the bladder.

It is a useful remedy for removing the bad effects of sexual excesses and constrictive pain in the testicles due to an inflammation of the testicles (orchitis).

It is a useful remedy in female subjects under stress, who have irregular periods and dysmenorrhoea.

It is a useful remedy in subjects who have asthma after coughing.

It is useful in subjects, who cannot sleep after 3 a.m. till the morning. It also suits such subjects, who awaken with a wretched feeling, and are drowsy after meals and better after a short nap.

It suits subjects who are worse in the morning from mental exertion, after eating, touch, spices, stimulants, narcotics, dry weather.

It suits persons who are better after a refreshing nap, evening, while at rest and in damp and wet weather.

Occasionally following operation, peristalsis is suspended in point of direction, becoming a reversed paralysis due to spasm of the intestinal muscles.  The known NUX VOMICA in these conditions where there is irregular movement of the peristalsis, or as in more often the case, when the peristalsis is backward or where it is a mixed peristalsis is backward, or where there is a mixed peristalsis, part in one direction and part in another, makes it a very valuable remedy to bear in mind in post-operative complications.  Extreme mental irritability is always present when NUX VOMICA is indicated; there is vomiting, which is difficult and much straining in the effort to vomit; great distension of abdomen and tenderness.

HERNIA: For those who are experiencing pain in an old HERNIA or in very recent cases, NUX VOMICA 3, three times daily may help.

In connection with arthritis of the spine and the large muscles of the back, NUX VOMICA leads in spasm.

Biliary duct spasm with its severe pain increased by movement and pressure, but somewhat relieved by heat calls for NUX VOMICA.

No other pathogenesis contains the symptoms of gastric catarrh more fully than NUX VOMICA.

There is one strange NUX condition, which one does not trouble to as indicating NUX at all, viz. that during a very good meal particularly if accompanied by a good deal of alcohol and eaten in a very hot room, NUX patients sometimes develop gastric distension. They get a feeling of horrible gastric oppression as if their clothes were far too tight, accompanied by acute abdominal colic, a feeling as if they were going to have violent diarrhea and followed by a sensation of extreme faintness. So, do not think that every case you see at a dinner in which the patient has become rather dusky and got obvious abdominal flatulence and is getting faint and wants to loosen clothes necessarily needs CARBO VEG. Many of them want NUX AND NUX acts much quicker, it is almost instantaneous, in a moment or two, you see the patient becoming perfectly comfortable and probably turning around and saying he would like something to eat.

NUX VOMICA IN PERITONITIS: To equalize the remaining trifling irregularities in the digestive function, especially the torpor o the bowels, after the disappearance of the exudation.

I think for the ordinary acute attack of indigestion due to an indiscretion of diet, NUX VOMICA is almost a specific especially if the indication has been particularly marked.

NUX VOMICA is almost a specific in influenza if given early it averts the disease.

NUX VOMICA is probably the best anti-asthma remedy. It is Homeopathic to that condition of the digestive system, which it is the most common cause of the irritation, which results in bronchial spasm. Again, after the paroxysm subsides, it leaves a condition of the digestive organs, for which NUX VOMICA is a great remedy; there is often slight nausea; flatulence, and constipation.  Besides, the breathing is seldom quite right: generally there remains a sort of physical memory of the struggle.  The patient feels that no liberties must be taken either of diet or exercise.  Out of this secondary state of bondage, nothing will liberate so effectually as NUX VOMICA.

NUX VOMICA is my first thought in patients with stuffy colds especially if there are any gastric complaints at the same; covering an identical field is SINAPIS NIGRA. In failure of the former success should be had by giving MUSTARD a trial.

Sometimes I have noticed that after Gonorrhea has been cured so far as the discharge is concerned, the patient still complains of irritation far back in the urethra, probably in the prostrate, causing an uncomfortable feeling, which the patient refers to the root of the penis. NUX VOMICA often relieves this condition.

Fervent sexual impulses with frequent, painful erections in the morning hours are quickly cured by NUX VOMICA, if there is no gonorrhea present.

Toxic amaurosis from the abuse of tobacco may call for NUX VOMICA.

NUX VOMICA is often indicated in cough and diarrhea after previous use of so-called cough mixtures, all of which most generally contain opiates.

For simple catarrhal conjunctivitis, NUX VOMICA is before all others.

A condition in which you find NUX VOMICA indicated is in ecchymoses of the sclerotic coat, when a certain amount of blood is effused beneath the conjunctiva. These often follow debauchery or sitting up late at night to study, in persons subject to dyspepsia.

In amblyopia or impairment of vision due to the effects of tobacco or intoxicating liquors or of debauchery, no remedy will do more towards restoring the power of the weakened optic nerve. Even when atrophy has commenced, NUX will palliate if it does not entirely cure.

In sleeplessness of hypochondriac irritable patients troubled with vertigo and easily fatigued with mental exercise, NUX VOMICA is of great value; it quiets the nervous system and produces sleep.

When you don’t know what to give, give NUX VOMICA.

If vertigo and headache be very persistent or prostration be prolonged after NATRUM, NUX VOMICA will relieve. 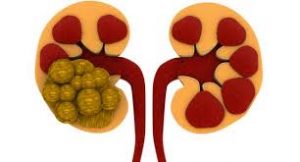 1 in 10 Indians will have a kidney stone in their lifetime, and there are nearly half a million people seeking hospital emergency care for kidney stones – each year!

Role of Diet in the formation of stones:

Diets high in sodium, processed sugars and processed animal products are a cause for kidney stone formation. Bad food choices are a primary reason for the development of kidney stones.

There are a handful of natural remedies that work wonders on kidney stones, and helping to prevent them. 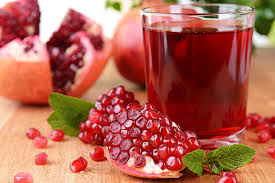 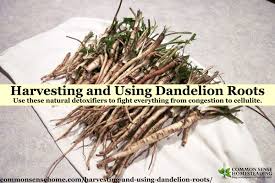 This is an excellent kidney tonic and overall kidney cleanser.  Dandelion root comes in extract form as well as tea, tablet, and capsule form.

Magnesium is needed for nearly every process in the body and studies have shown that magnesium may be a useful remedy for kidney stones.   In fact, one particular study found that magnesium supplementation caused a 92.3% improvement rate in the reduction of kidney stones! 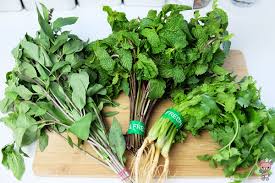 Basil serves as an excellent all natural way to cleanse the kidney. Basil tea, in particular, has been shown to be an excellent kidney toner for overall kidney health.

This herb has been shown to inhibit calcium oxalate crystals.   Chanca pierda has been used for many years in Central and South America as a treatment for kidney stones, and its common name literally translates to “stone breaker.”  This medicinal herb has been found to inhibit the formation of the calcium oxalate crystals, and there is a possibility that this herb may be able to help break up already existing stones.

There are many natural remedies for kidney stones and they must not be tried without expert medical supervision. 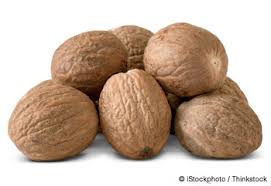 This remedy is derived from the Nutmeg. 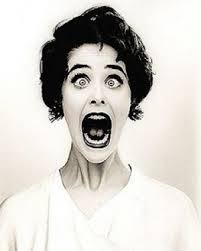 This remedy is useful in subjects who suffer from fainting fits related to heart failure. This remedy also suits persons who are nervous and hysterical in temperament. It suits female subjects who are in a dazed condition of the mind, with a complete loss of memory and forgets what she has been doing.  It suits female subjects, who perform all their duties and yet seems to be in a dream like state.  This remedy suits persons with a changeable humor, with sudden mood swings.  This remedy also suits persons who are over-sensitive to light, noise smell, slightest touch and the least draught of air.

It is a remedy that is useful for subjects who feel strange and have irresistible drowsiness, worse after meals.

It is useful for subjects who are oversensitive to smell and suffer from nasal bleeding.

It is useful in toothache in pregnancy.

It is useful in subjects who are excessively bloated, with flatulent dyspepsia with a craving for highly seasoned food.

It is a useful remedy for female subjects who have a variable in their menstrual cycle.

It is a great remedy for great drowsiness and for complaints that cause sleepiness.

This remedy suits subjects who are worse from moist cold wind, cold food, cold washing, lying on the painful side and with motion.

This remedy suits subjects who are better from warmth and dry weather. 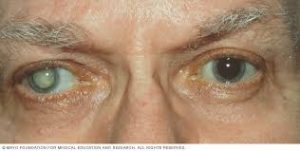 It is estimated that about 20 % of people over the age of 40 years have cataract formation in their eyes.

How to prevent cataracts naturally at home:

The best ways to prevent cataract is to eat right, maintain good lighting in the home, shade your eyes from the bright sun and have regular eye check-up at least once a year if you are over forty years of age.