This remedy is derived from the Fluoride of Lime.

It is useful in bone diseases, like bony infiltration, tumors of the bones, mastoid necrosis, and exostosis in the bones. 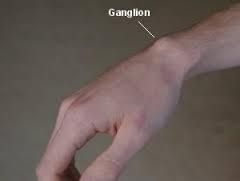 This remedy is useful in cystic tumors and ganglion. 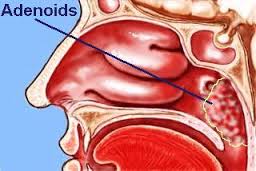 This remedy is useful in Adenoids, where there is a thick greenish post-nasal discharge.

This is also a very useful remedy for tonsillar swelling, when BARYTA CARB fails.

This remedy is useful when the cervical glands become hard and indurated. 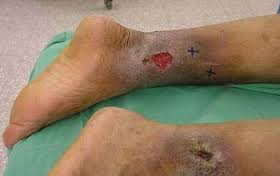 This remedy is useful in varicose veins and varicose ulcers.

This remedy is said to be useful in Gouty nodes and in Lumbago, which is better from rest and heat. 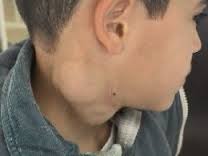 This remedy is said to be useful in Hodgkin’s disease. 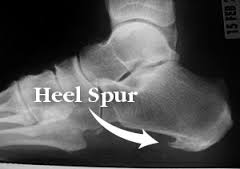 I find this remedy useful in Adenoids and in enlarged tonsils. I also find it useful in dissolving exostosis in the bones, especially the spurs in the heels.

It is derived from Calcium Carbonate.

It is a great Anti-psoric constitutional remedy. It is one of the most frequently used remedies.

It is useful for patients of the scrofulous type who take a cold easily and is useful in children, who grow fat, are pot-bellied with a large head. 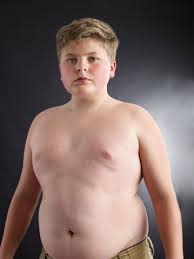 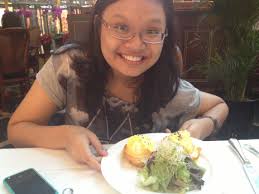 It is useful for patients who complain of increase in perspiration, swelling of glands, rickets and incipient phthisis.

The patient’s mind is apprehensive, fears a loss of reason, misfortune and is forgetful and low-spirited. It also suits old people who become weary of life and tend to become insane and melancholic and get fatigued both mentally and physically.

The patient complains of a sense of weight in the head. The fontanels are open and the head is enlarged and there is a lot of perspiration that wets the pillow. The patient also complains of itching of the scalp.

The eye symptoms include corneal ulcers, excessive lachrymation, and fatigue of the eyes and chronic dilatation of the pupils.

It is a useful remedy when there is muco-purulent otorrhoea (ear discharge) and eczema behind the ears.

This remedy is also useful in cases where the nose is sore and stopped up with or without a fetid yellow discharge. It may also be used to treat polyps in the nose and the patient takes a cold with every change of weather.

The remedy is useful when the tonsils and the sub-maxillary glands are enlarged.

This remedy is useful when the patient has an aversion for meat, boiled things, craving for chalk, coal and pencils, egg, salt or sweets.

Milk generally disagrees with these patients and they have sour eructation, heartburn with belching.

The patient may have inguinal and mesenteric glands that are enlarged. 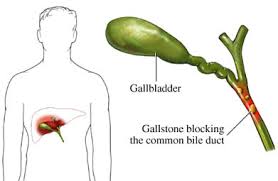 It is useful in Gall stone colic.

It is useful when there are frequent emissions in male followed by weakness and irritability.

In females, there is leucorrhoea that is milky in nature. There is burning and itching in the vaginal area, before and after menstruation and there is lots of sweating in the genital area. The breasts are swollen before menses. There may be sterility that may be associated with copious menstruation. The uterus may have some polyps. This remedy also suits young girls who grow too rapidly and the menstruation is too profuse and too early and long lasting followed by amenorrhoea.

The cough is tickling at night with dyspnoea and the hoarseness may be painless worse while going upstairs.

The joints of these patients may have rheumatoid pains after exposure to wet weather, there may be cramps in the calves and the soles of the feet are raw.

The skin of patients who require Calcarea Carb, is unhealthy, small wounds may not readily heal and glands may be swollen with nettle rash and there may be peticheal eruptions. This remedy is also useful for all ailments, which arise as a result of suppression of eruptions, suppression of menstruation, suppressed sweats, suppressed catarrh and due to defective assimilation of Calcium.

The patients requiring this remedy are always better in a dry climate, lying on the painful side, in the early morning, after rising, after breakfast and after emissions of flatus.

They are worse from exertion, mental or physical exertion, washing with cold water and with wet weather, cold wet weather, after eating, after mental exertion, from milk, dry fruits, sexual excesses and in lactating mothers from suckling their infants. 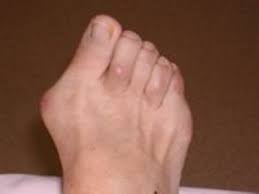 CALC CARB when given in repeated doses in the 30 C dilution relieves the pain attending the passage of Biliary Calculi. It has for me quite superseded the need of Chloroform and ever of the hot bath.
Dr. Hughes L.R.C.P.
CALC CARB is an excellent remedy for Galactorrhoea. It will often modify the lacteal secretion and serve as a preventive of mammary abscess after weaning.
Dr. Sheldon. Leavitt, M.D.

CALC CARB is of special value in cases of pedunculated fibroids: CALC PHOS is useful in sessile fibroids.
Dr. Burnett, M.D.
In children with a Tubercular diathesis or a scrofulous diathesis, is well corrected by CALC. CARB.

In pus forming abscesses, CALC CARB takes care of them and they will not break.
Dr. Kent, M.D.
CALC CARB is useful for deep abscesses; these will get absorbed or become calcareous.

Dr. A.N. Mukherji, M.D.
Patients who come to hospital complaining of severe cramps, especially in the calves – very often have to get either CUPRUM or CALCAREA.
Dr. Tyler, M.D.

I find this remedy very useful in children who are fair and flabby and have delayed milestones, who have an aversion to milk and eat chalk and indigestible things. It is also useful in chronic constipation and has a deep-seated action on mucous membranes, glands, bones muscles and the female reproductory system. 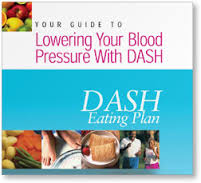 The DASH diet which means Dietary Approaches to Stop Hypertension eating plan has been proven to lower blood pressure in studies sponsored by the National Institutes of Health This unique diet involves eating more fruits and vegetables, and low-fat or non-fat dairy.
Some important definitions:

Metabolic syndrome is defined as having 3 or more of the following: either being over weight around the waist, having high blood pressure, low HDL cholesterol, high triglycerides, and/or elevated blood sugar. This is also known as syndrome X, or dys-metabolic syndrome.

The DASH diet is highly recommended:

Several important medical associations endorse the DASH diet.
• The National Heart, Lung, and Blood Institute (one of the National Institutes of Health, of the US Department of Health and Human Services)
• The American Heart Association
• The 2005 Dietary Guidelines for Americans
• US guidelines for treatment of high blood pressure

The DASH eating plan has been proven to lower blood pressure in just 14 days. Best response came in people whose blood pressure was only moderately high, including those with pre-hypertension. For people with more severe hypertension, who may not be able to eliminate medication, the DASH diet can help improve response to medication, and lower blood pressure. The DASH diet is seen to lower cholesterol and when combined with ah weight loss and exercise program, it can reduce insulin resistance.
The Dietary recommendations of the DASH diet program:

The clinical study, called “DASH” for Dietary Approaches to Stop Hypertension, found that elevated blood pressures can be reduced with an eating plan low in saturated fat, total fat, and cholesterol, and rich in fruits, vegetables, and low fat dairy foods. The plan is rich in magnesium, potassium, and calcium, as well as protein and fiber.

The DASH diet includes grains and grain products. It is recommended that patients should include at least 3 whole grain foods each day and should have a minimum of 6 to 7 servings.

The DASH diet recommends low fat or nonfat dairy foods, which should be about 2 to 3 servings per day. 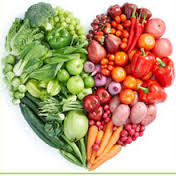 Research was done among persons who had a normal diet, a normal diet with fruits and vegetables and the DASH diet. Subjects on the DASH diet were able to lower their blood pressure remarkable within two weeks. Further research also showed that reducing salt to 1500 mg per day significantly reduced blood pressure. Consequently an adherence to the DASH diet is associated with lower risk for coronary heart disease and stroke.

THIS REMEDY IS USEFUL FOR REMOVING THE CRAVING FOR TOBACCO. 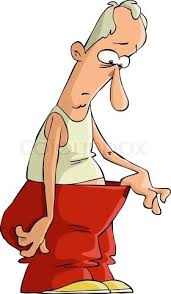 This remedy is useful in males, who have impotency.

It is also useful to combat pruritis of the vulva in females, due to worm infestation. 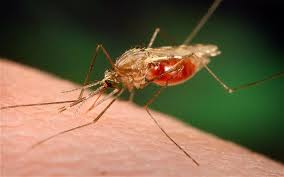 It is a useful remedy to combat insect bites and reduces the itching and the burning sensation.

This remedy is useful for removing the craving for tobacco.