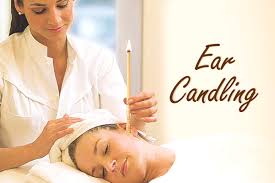 Ear candling is a gentle, relaxing treatment to clear the ear canals of accumulated debris and stimulate the flow of energy to the entire head area. It’s an excellent therapy for relieving conditions such as:

During a treatment the patient will be lying on his side, and the lit candle is gently inserted into the ear canal. A soft crackling sound is heard, similar to the noise of an open fire. Popping may also be heard as chunks of wax are dislodged from the ear.

The burning of the candle creates a warming vacuum to draw excess matter from the ears and promote circulation. It is also said that the flame draws energy into the body and stimulates the acupressure points located in the region of the ear. 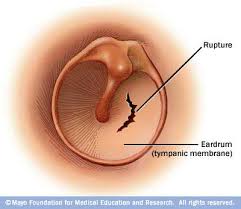 There are potential side effects of Ear candling and it is ineffective at removing earwax. In fact, the technique can actually push earwax deeper into the ear canal. Ear candling can also lead to:

Ear candling has benefits and it includes relieving ringing in the ears, helps relieve sinus pain and pressure, removes excess wax build up, assists with relieving Swimmers` ear, helps relieve headaches, relieves severely itchy ears caused by yeast, mould or dairy allergies and helps unplug ears due to illness.  Other benefits include improved lymphatic fluid flow through the body, improved color perception, a more balanced emotional state and clearer thinking.  It has also been reported that those who partake in ear candling experience an improved sense of taste.  After treatment patients feel relaxed, grounded and notice an improvement in hearing.