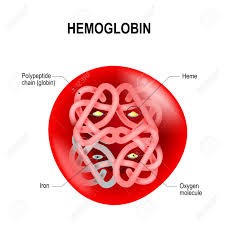 The World Health Organization estimates that about 2.5 billion to 3 billion persons are anemic worldwide.  50 % of all anemia cases are caused by Iron deficiency.

In the US it is estimated that:

Anemia can be caused by several factors:

Anemia is often associated with these diseases and often goes undetected

The symptoms of anemia:

The symptoms are very imperceptible at first. The symptoms of anemia include weakness, fatigue, dizziness, headaches and heart palpitations. These symptoms result from the body not getting enough oxygen through the bloodstream.  It can become a life-threatening condition if left untreated for a long time.

Some foods that raise the Hemoglobin: 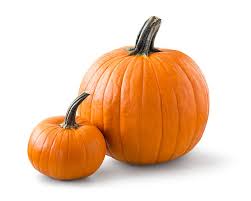 Pumpkins are rich in vitamins and folic acid and vitamin B12 and are useful in combating anemia.

Vegetables like spinach and broccoli, sweet potatoes, beans, green peas, pulses and all green leafy vegetables are rich in iron, folic acid and B12.

Zucchini this is another very effective food for treating anemia. Eat in salads or steam cooked. 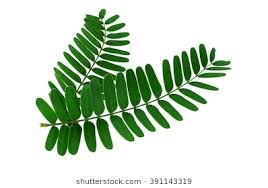 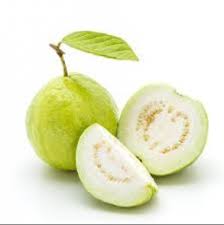 Guavas are great for preventing anemia, and it is believed that they may also prevent leukemia.

Some home remedies that are useful in anemia.

Believe it or not! A glass of red wine daily corrects anemia very soon.

2 spoons of apple cider vinegar and blackstrap molasses with water or tea is a very good home remedy to correct anemia.

1 teaspoon of bee pollen is a powerful biological stimulant and increases the red cells in the bone marrow. 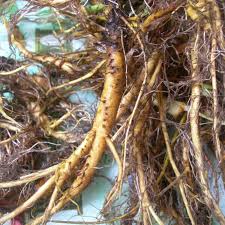 It is a common roadside weed. It has the property of raising the hemoglobin levels.  Many people with anemia have surprised their doctors when they reported that their good results came from this simple plant.

Some have been able to raise their hemoglobin count in a few weeks with yellow dock.

It is available in tincture form as well as capsules. This herb can have the side effect of causing diarrhea if the dosage is too high.

The stinging nettle, also called nettle leaf. This plant can be herb contains a stinging irritant to skin; it can be cooked and eaten like spinach.

It grows in moist shady places. It can be obtained as the bulk dried herb, tincture, or capsule form at health food stores. 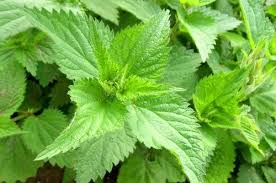 It is often combined with red raspberry leaf and oat straw herb, and used as a tea. The addition of anise seed seems to improve results.

These herbs are often used in combinations to treat anemia. These plants are widespread and easy to identify, and could be used in cases where medical help is not available. They may work by increasing the body’s ability to absorb iron from food. 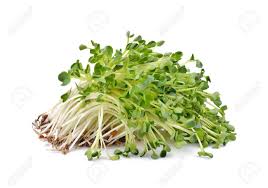 This is a plant that is very nourishing when taken in tablet form. It is often included in combinations of herbs designed to build up the blood.

Alfalfa tablet doses are usually large, like 18 per day. It is more like a food than a medicine. 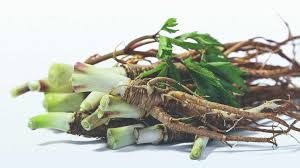 It is a Chinese herb, has been reported to help in the treatment of anemia, but to date, no scientific studies have been done to verify this.

Iron is the great allopathic remedy for anemia from almost any cause. It is also a great homoeopathic remedy, but it will not cure every case of anemia; careful individualization is necessary.

It suits patients who have an appearance of full bloodedness or plethora, which is followed by paleness or earthiness of the face and puffiness of the extremities.

Pulsatilla is the great remedy and is indicated in the anemic conditions where the patient is relaxed and worn out; chilly and suffers from gastric and menstrual derangements.

The patient requiring Pulsatilla feels better in the open air. Dizziness on rising, absence of thirst, and the peculiar disposition will lead to the remedy.

It is the chief remedy for anemia resulting from loss of fluids, as in lactation or hemorrhage, or from all exhausting discharges, such as menstrual flow, long lasting and diarrhea.

Natrum muriaticum is also a remedy for anemic and debilitated conditions due to loss of fluids, especially in women who suffer from menstrual disorders and in chronic cases with a dead, dirty-looking skin.

Chininum arsenicosum is sometimes prescribed for anemia.  It has been found to be curative in certain cases of pernicious anemia.

This is a very useful remedy in cases of pernicious anemia or in anemia’s due to hemolysis in malaria.

It indications are excessive prostration considerable edema, violent and irregular palpitation, marked appetite for acids and brandy, extreme anxiety and rapid emaciation.  There is irritable stomach and intense thirst.

It is an excellent remedy in anemia. It suits especially anemia from prolonged hemorrhage in women enervated by indolence and luxury, or such as are worn out with hard work; they are too tired to sleep and the strained muscles burn and ache.  This anemia is associated wih disturbances in the urinary and sexual organs.

Aletris
It is useful in dull, heavy and confused females. It is useful in debility of females from a protracted illness.  Power and energy of mind and body are weakened.

This remedy is useful in progressing anemia, where the patient is pale, bloodless and jaundiced in color.

Historically (1500 B C) in Ayurvedic literature Charak Samhita described fatigue and pallor due to bloodlessness, which can be cured by Lauha bhasma (Calcified iron).

2) Lohasavam is a curative for anemia, jaundice, liver affections, cardiac lesions, dropsy and fever. Lohasavam mixed with Draksharishtam is effective in pregnant women.

It is also useful as a regular supplement after first trimester of pregnancy and lactating mothers. The action of these roots is balancing three doshas in body.

It has Triphala and Nagarmotha, which are very well known digestive rejuvenator.

Trikatu in it corrects the metabolism of the body.

Pippali is an immuno modulator and digestive and respiratory rejuvenator.

Chitraka mool corrects all aspects of digestive system; digestion, assimilation of food and evacuation of feces.