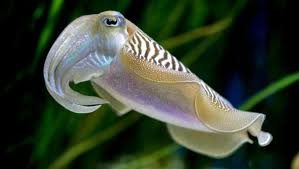 This remedy is derived from the brownish black juice in the ink bag of the Cuttle fish. 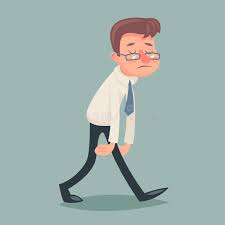 This remedy suits subjects who are weary and full of misery.  Subjects requiring this remedy are generally very sad and weep while relating their symptoms.  They are miserly, anxious and indolent and most of their complaints are worse in the evening.

This remedy suits children who take to cold easily.

This remedy has a predominant action on the portal system, especially when associated with congestion and venous stasis.

It also suits flabby puffed up women, with narrow male like hips.   This remedy suits subjects who suffer from weakness with a yellow sallow skin. It suits women who are extremely irritable, easily offended, who permit no opposition, are hysterical, with a changeable temper. ONE OF THE KEYNOTE SYMPTOMS OF THIS REMEDY IS THAT THE PERSON IS INDIFFERENT TO ONES OWN FAMILY AND OFFSPRINGS, WHOM SHE ONCE LOVED.  It also suits women who dread being alone, of men and of meeting friends.  These subjects are averse to any occupation.

This remedy suits subjects who feel cold even in a warm room.

This remedy suits female subjects have headaches associated with scanty menstrual flow.  Their hair has a tendency to fall out and the roots of the hair are very sensitive.  The headache is stinging and it shoots from within outward and goes upwards.  Subjects having headache also have nausea and vomiting and they are worse indoors and while lying on the painful side.

This remedy is also useful in subjects with eye problems like Asthenopia, black spots in the line with the vision, tarsal tumors, ptosis (paralysis of the eyelid) and ciliary irritation.

This remedy is useful in subjects with herpes infection behind the ears or on the nape of the neck or in swelling and eruption of the external ear.  This remedy suits subjects who have yellowish blotches of the face, or a saddle like distribution of brownish pigmentation on the nose and the cheeks.

This remedy suits subjects have a flatulent headache, where the liver is sore and painful, relieved by lying on the right side.  It also suits subjects who have a BEARING DOWN SENSATION IN THE ABDOMEN.

This remedy suits subjects who have bleeding at stools with fullness in the rectum, with constipation and a feeling of a ball in the rectum.  The stools are generally dark brown, round balls glued together with mucus oozing from the anus with prolapse of the anus.

This remedy suits subjects with involuntary urination (nocturnal enuresis) during the first sleep.  This remedy is also useful in chronic cystitis with slow flow of the urinary stream.

This remedy is useful in female subjects who have frequent flushes of heat, and sweat with the least motion, and experience a general lack of warmth of the body with shivering and thirst.

This remedy suits subjects who have a dry fatiguing cough, with the taste of rotten eggs during coughing.

This remedy suits subjects who have weakness in the back with a tendency to extend the back.

This remedy suits subjects who have restlessness in all limbs with twitching and jerking, night and day.

This remedy suits subjects who are worse in the forenoons and evenings, worse washing and after doing laundry work (THIS REMEDY IS ALSO CALLED AS A WASHER-WOMAN’S REMEDY).

This remedy suits subjects who are worse from dampness and after sweats and worse in cold air before thunderstorms.

This remedy also suits subjects who are better by pressure, exercise, warmth of the bed, hot applications, drawing up the limbs, cold bathing and after sleep.

The remedies that follow SEPIA are NATRUM NURIATICUM, PHOSPHORUS, and NUX VOMICA & GUIACUM.

Clinically SEPIA has given grateful relief in some cases of complete inguinal hernia with distressing dragging and bearing down sensation. The size of the hernia has been considerably reduced and the pressure symptoms largely overcome.  In these cases, the cross-legged sitting posture of SEPIA was habitual, although the value of this symptom in the case of hernia may be questioned, as this posture tends to reduce the hernia and may therefore be entirely of mechanical origin.

Sinusitis: in my experience, SEPIA is a treasure in sinusitis, and also STICTA in the dry ones.

Sensation as if the fetus in the uterus has stopped moving inside the uterus: SEPIA 1.M.

In the misplacement of the uterus, whether from prolapse, ante-version, or ante-flexion, SEPIA will in most cases restore it to the normal position; so great is my confidence in recent cases that I never resort to manipulation.

One of the important uses of SEPIA is in traumatic affections of the heart associated with annoying empty eructation. Often there is the history, perhaps years back, of cardiac involvement in some severe acute fever, compensation has taken place and but slight evidence of the old lesion remains.  Over-lifting, running or over-fatigue suddenly affect the heart and it is just this combination that SEPIA fits especially where there is an uncertain, unsteady feeling about the heart, aching down the left arm and the persistent eructation.

When you get a head-nodding child, think of the possibility of SEPIA for it; do not dash off to one of the typical chorea remedies at once.

Dr. Drury, who has much experience in disease of children, expresses great confidence in SEPIA in recent RINGWORM.

SEPIA & NATRUM MURIATICUM are the 2 most potent remedies for cataract.

SEPIA may be regarded as an excellent remedy for the paroxysms of hemi-crania (migraine), which constitute a source of distress to anemic females with lively temperaments.

The best remedy for small ulcers about the points of the fingers is SEPIA.

A history of bed wetting in early life is a good pointer to SEPIA.