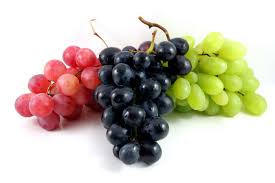 THIS REMEDY IS USEFUL TO THOSE ALLERGIC TO SOUR FRUITS, SUCH AS APPLE, STRAWBERRIES, CRANBERRIES, TOMATOES AND GRAPES.

This remedy is derived from Oxalic acid, which is a crystalline dibasic salt.

It suits subjects, who are sensitive to cold and worse from thinking.

It also suits subjects who are worse from exertion.

It suits persons who are allergic to coffee and they get diarrhea.

It is useful for those subjects, who pass oxalate crystals in their urine.

This remedy is useful in pains, which come in violent streaks, with burning from the lower part of the chest and epigastrium, worse from motion, cutting, shooting, stitching and tearing in many parts and with a sore and bruised feeling all over the body.

This remedy is also useful in ulcers in the gums that are painful.

This remedy is useful when the patients have sour eructation with tasteless feeling after eating, nausea in pregnancy and colic in the abdomen, which is intermittent, relieved by passing flatus.